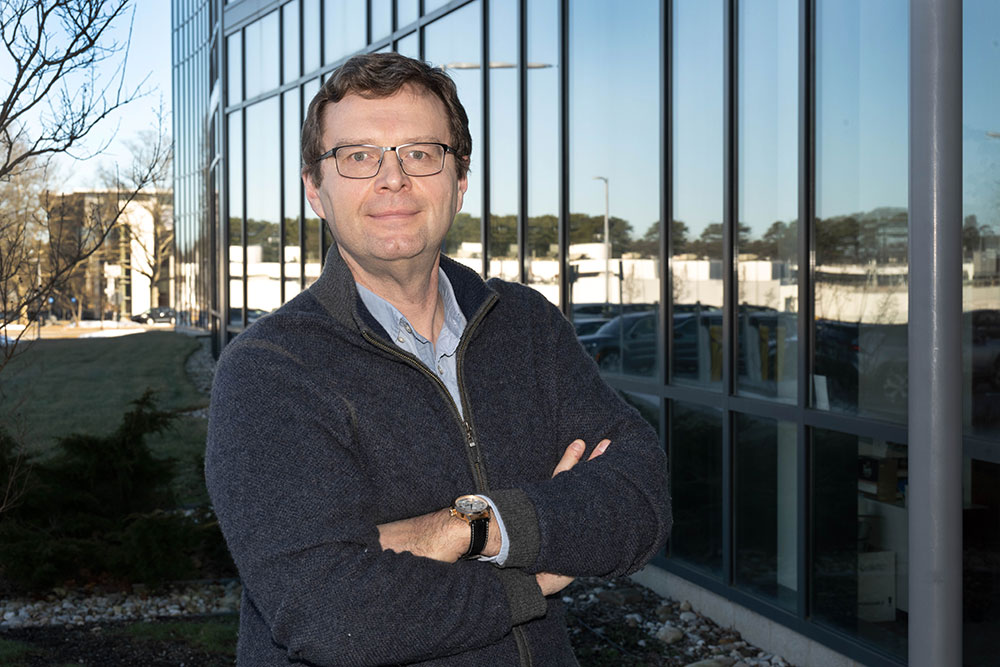 Electronic motion powers much of the world: from smartphones and functional materials to chemical reactions and biological systems. Complex "dances" of electrons are governed by the laws of quantum mechanics, which dictate how electrons flow and affect properties such as magnetism and superconductivity—a material's ability to conduct electricity without any resistance or energy loss.

On Wednesday, Feb. 23, join Igor Zaliznyak for the 524th Brookhaven Lecture. His talk, titled "Magnetism, Superconductivity, and Neutron Scattering," will be held at 4 p.m. on Zoom.

During Zaliznyak's talk, he will describe recent progress in neutron scattering technology. He will also discuss how it was used to understand relationships between magnetism and superconductivity in some unconventional superconductors.

Zaliznyak is a physicist in Brookhaven Lab's Condensed Matter Physics & Materials Science Department. He joined Brookhaven in 1999. Before that, he was a postdoctoral researcher at Johns Hopkins University and scientist at Kapitza Institute for Physical Problems in Moscow. Zaliznyak earned a Ph.D. in condensed matter physics in 1993 through a joint program at Kapitza Institute with CEN-Grenoble, France, where he conducted neutron scattering research. He earned a master's degree in physics and bachelor's degree in physics and mathematics at Moscow Institute of Physics and Technology.

Zaliznyak was a visiting scientist at the Institute for Solid State Physics at the University of Tokyo in 2019 and a visiting professor at the Université Grenoble Alpes in France in 2017. He is a fellow of the American Physical Society (APS) and referee for APS' Physical Review journals, the Proceeding of the National Academy of Sciences, Science, Nature Publishing Group journals, and more.