U.S. ATLAS opens hands-on research spots to students from underrepresented minorities outside of the collaboration 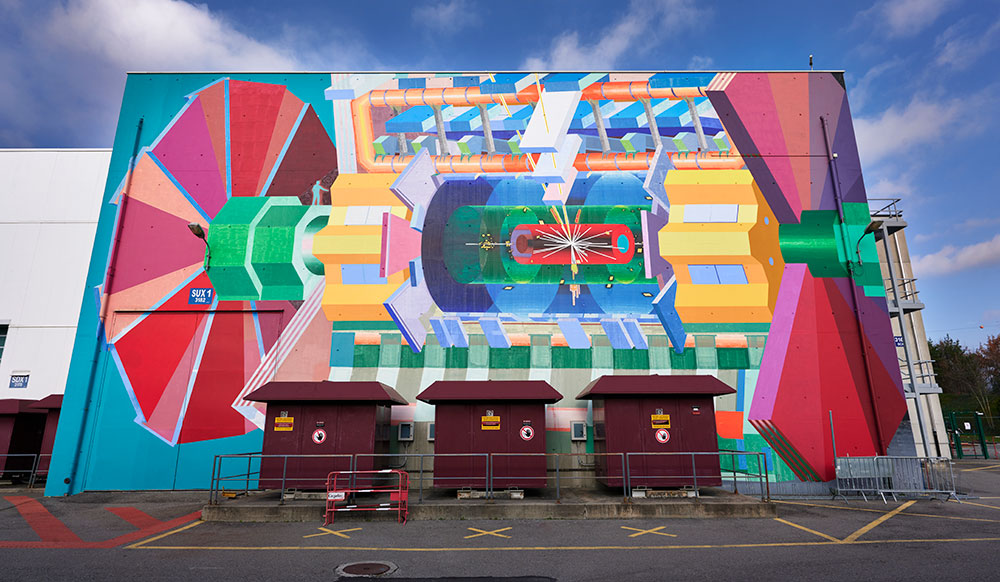 A mural by artist Josef Kristofoletti that depicts the ATLAS particle detector on an ATLAS surface building in Geneva, Switzerland. (Image credit: CERN)

The Summer Undergraduate Program for Exceptional Researchers (SUPER), run by the U.S. ATLAS collaboration, wrapped up a successful season with a new focus to broaden the program’s impact. The new initiative paired students from underrepresented minorities and minority serving institutions (MSIs) across the nation with mentors and projects at U.S. ATLAS member institutions.

ATLAS is an international experiment that collects and studies data from the Large Hadron Collider, the world’s most powerful particle accelerator hosted at Europe’s CERN laboratory. Using data collected by the ATLAS detector, physicists explore the laws of physics at subatomic scales, test predictions of the Standard Model of particle physics, and search for signs of new particles and forces. Read more about Brookhaven Lab’s contributions to the ATLAS experiment.

At its start in 2019, SUPER was primarily open to students at universities that already had connections to ATLAS. With the new initiative launched in 2022, program organizers aim to build relationships with MSIs to offer hands-on research experience to a broader community of future physicists.

“SUPER exposes students to real research in high energy physics and the whole scientific process," said Joe Haley, a professor at Oklahoma State University who led the organization of the program this year. “There are really gifted students who go through this program and realize [high-energy physics] is something they want to do in graduate school. We want to make sure that students at universities that don’t have an ATLAS program can have that experience and know that this work is not beyond them.”

SUPER participants were each awarded $5,100 in 2022 to conduct research with their mentors for at least eight weeks over the summer. At the end of the program, students showcased their results at an annual symposium.

For 2022, the first year of the new initiative, three out of the 10 students in the SUPER cohort attend universities that are MSIs without an existing ATLAS group. Program organizers hope to at least double that representation going forward, Haley said. An application call for next summer is planned to be issued this fall.

“We have taken an important step by expanding our U.S. ATLAS community to include students at institutions that don’t have ATLAS research groups,” said Sarah Demers, the U.S. ATLAS equity, diversity & inclusion coordinator and a physics professor at Yale University. “We have exciting opportunities to work on hardware and analyze the LHC data that we are able to share, and also benefit from the energy and talents that these exceptional students bring. We are looking forward to expanding this program further and strengthening our connections with MSIs.” 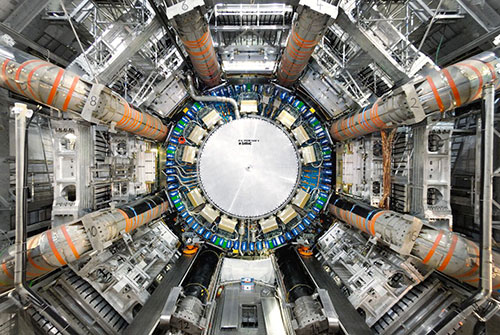 To build on the success of this year’s program, SUPER organizers are developing the program in collaboration with communities who have been underrepresented in high energy physics. The goal is to make sure that MSIs “are not spectators” as the program grows, said Kétévi Assamagan, U.S. ATLAS education & outreach coordinator and a physicist at Brookhaven National Lab. Outreach plans include holding joint workshops with MSIs to communicate the benefits of SUPER and motivate interested students to apply.

“If we want to address issues of diversity and inclusion, we really have to broaden the scope of our outreach,” Assamagan said. “These efforts will help our U.S. ATLAS colleagues learn how to teach students of diverse backgrounds and allow students to learn to be comfortable in a research environment and get out of their own bubble to network with a bigger community.”

U.S. ATLAS SUPER is supported by the National Science Foundation and the DOE Office of Science (HEP).