This story was originally posted on October 13, 2022, as a research highlight by the DOE Office of Science’s Isotope R&D and Production Program.

Fighting Cancer on Earth and in Space Using High-Energy Protons 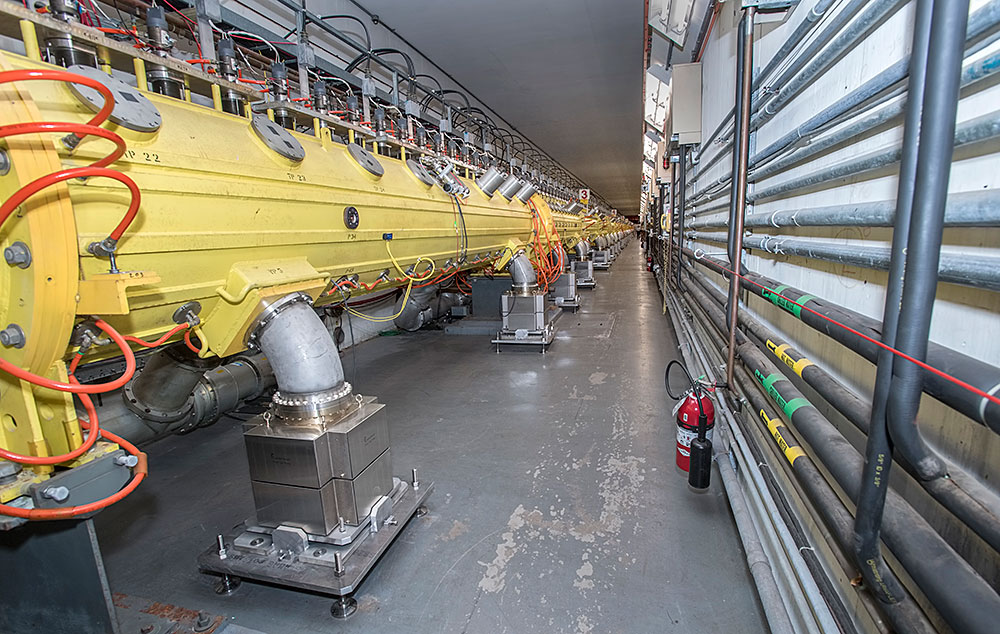 Measuring these cross sections allows scientists to optimize the quantity and purity of medical isotopes needed in the fight against cancer. These include producing the pharmaceuticals arsenic-72-HBED and gallium-68-DOTATOC using high-energy protons from particle accelerators. Doctors use these pharmaceuticals to show where tumors have spread in the body. However, high-energy protons are also a dangerous type of space radiation. Better understanding their behavior and reactions allows scientists to improve the design of shielding that protects astronauts and electronics in spacecraft. This will allow us to explore other planets in our solar system, while also helping understand how nuclei absorb and release energy. 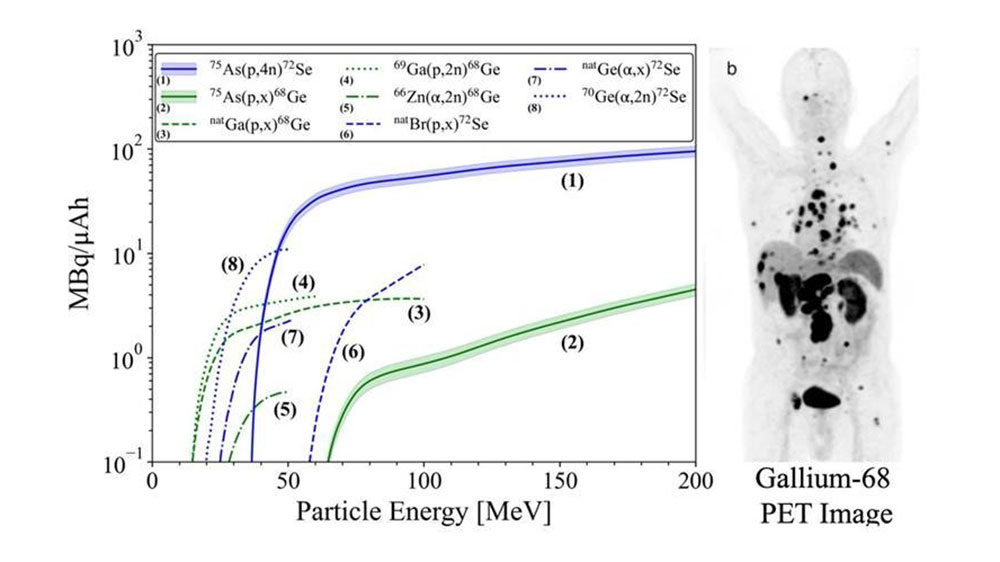 The team compared this large body of production data to predictions made using state-of-the-art nuclear reaction modeling codes to explore how quickly the energy from an incoming proton spreads throughout the entire nucleus when the two collide. The results showed a significantly slower rate of energy dissipation in the nucleus compared to what scientists previously believed. This decrease, in turn, leads to an increase in the emission of additional “secondary” high-energy protons and neutrons, and also shows strikingly different rates when producing isotopes with different proton-to-neutron ratios. Taken together, these results provide guidance for the optimized production of the two PET radionuclides and will help in the design of shielding for spacecraft and their occupants from “secondary” particles caused by protons in cosmic radiation.