‘From RHIC to eRHIC: Challenges and Opportunities for Accelerator Science’ 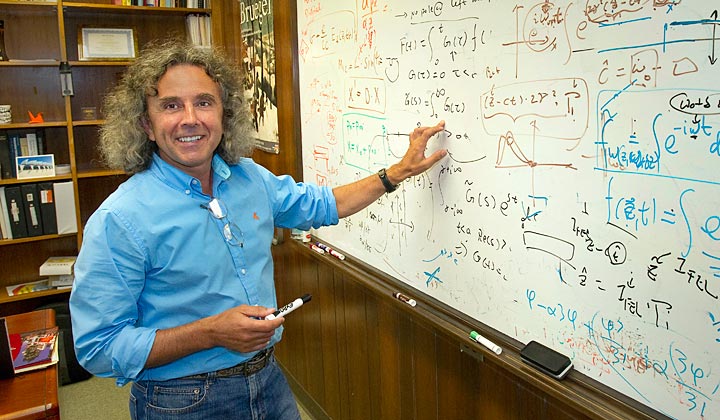 Vladimir Litvinenko of Brookhaven Lab’s Physics Department will give the 481st Brookhaven Lecture, titled “From RHIC to eRHIC: Challenges and Opportunities for Accelerator Science” on Wednesday, November 14.

The Relativistic Heavy Ion Collider (RHIC) at Brookhaven Lab has been extremely productive during its first 12 years of collisions. At RHIC, a new state of matter — quark gluon plasma — has been created. World records have been broken. RHIC scientists have published 300 refereed papers cited more than 30,000 times. New detectors upgrades have been completed. And researchers at RHIC are gearing up for more.

Right now, in light of projected budget constraints, the DOE and National Science Foundation’s Nuclear Science Advisory Council is awaiting recommendations from the Tribble panel to implement priorities that were determined in the 2007 long-range plan for nuclear science. While the panel’s recommendations could have major implications for the RHIC program, scientists at Brookhaven are making preparations for the machine to have a stunning future. This could include adding an electron ring and other accelerator components to the existing RHIC accelerator complex to create eRHIC: an electron-ion collider, where scientists could probe even deeper into the substructure of the atomic nucleus and its smallest components, quarks and gluons, to learn more about how they interact. And the technologies required to work at these frontiers of scientific discovery take years to develop.

On Wednesday, November 14, join Vladimir Litvinenko of the Collider-Accelerator Department for the 481st Brookhaven Lecture, titled “From RHIC to eRHIC: Challenges and Opportunities for Accelerator Science.” All are invited to attend this free talk, which is open to the public and will be held in Berkner Hall at 4 p.m. Refreshments will be offered before and after the lecture. Visitors to the Lab 16 and older must carry a photo ID while on site.

During his talk, Litvinenko will describe the cutting-edge developments accelerator physicists are planning along the path to new, exciting science at RHIC. He will explain new techniques, including coherent electron cooling, generating a high-current, polarized electron beam, and ways of suppressing a myriad of potential instabilities.

To join Litvinenko for dinner at an off-site restaurant after the talk, contact Pamela Manning, Ext. 4072.

Litvinenko earned a Ph.D. in physics from Novosibirsk State University in Russia in 1977. He worked at the Institute for Nuclear Physics in Novosibirsk from 1975 until 1991 and while there, he earned a Ph.D. in physics and mathematics in 1989. He was a faculty member of the Physics Department at Duke University from 1991 until 2006. In 2003, Litvinenko joined Brookhaven Lab’s Collider-Accelerator Division, where he is now senior physicist with tenure and the deputy head of the Accelerator Research & Development Division. The Lab awarded Litvinenko a Science & Technology Award, one of the highest accolades given to Brookhaven employees, in 2011. Litvinenko also joined the Department of Physics and Astronomy at Stony Brook University in 2003. There, he is presently the Brookhaven Professor of Physics and co-director for the Center for Accelerator Science and Education that provides training for scientists and engineers to advance the field of accelerator science.