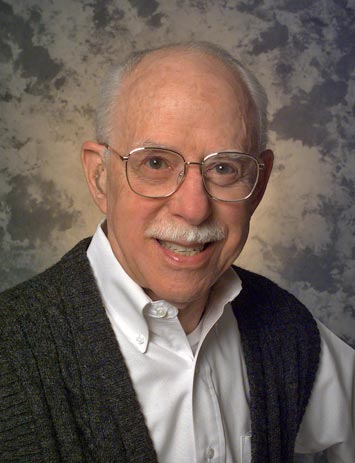 Richard "Dick" Setlow, a biophysicist recognized internationally for his research on DNA damage and repair and a senior scientist emeritus at the U.S. Department of Energy's Brookhaven National Laboratory, died on April 6. He was 94 years old.

Setlow arrived at Brookhaven Lab's Biology Department in September 1974 as a senior biophysicist with tenure. Earlier in his career, he earned a Ph.D. in physics at Yale University in 1947 and served in a number of roles there, including as director of undergraduate studies in physics and biophysics. He was also a biophysicist at Oak Ridge National Laboratory from 1961 until 1974.

In the 1960s, Setlow and colleagues discovered that DNA defects caused by ultraviolet light lead to biological damage. He also showed that cellular enzymes could repair these defects in normal bacterial cells and his groundbreaking research led to much interest in the topic, because some genetic diseases and cancers can develop from deficiencies in DNA repair.

In the 1990s, Setlow and his colleagues found that all ultraviolet wavelengths of sunlight cause malignant melanoma, contrary to the popular belief that only short ultraviolet light wavelengths were potentially harmful. Soon after, sunscreens were formulated to protect against both the long-wave "UVA" and short-wave "UVB" rays.

More recently, Setlow was involved in studies to identify the results from light-induced chemical reactions in skin cancer cells. He also worked with collaborators to find genetic-altering compounds in sediments around the Long Island Sound, and to assess how the high-energy nuclei of cosmic rays beyond Earth's low orbits pose a risk to astronauts, particularly in preparation for possible future missions to Mars. 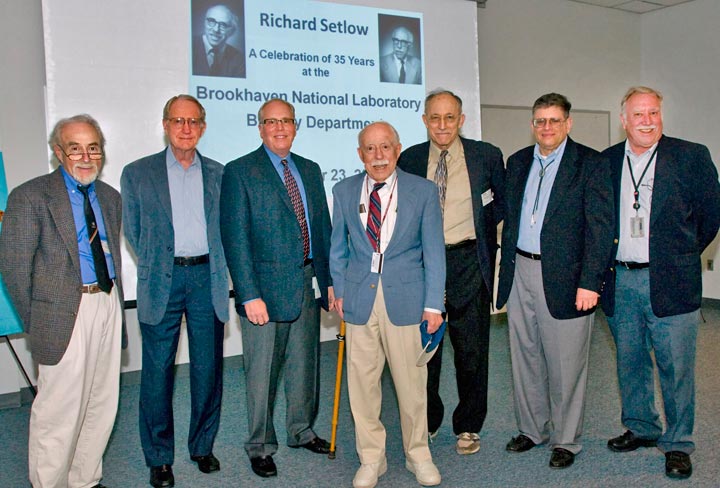 Setlow's longtime colleague and fellow former chair of the Lab's Biology Department Bill Studier said, "I have admired Dick since I met him as my teacher at Yale, where he was an engaging role model and pioneer in the emerging field of biophysics. He went on to discover how ultraviolet light damages DNA and how the damage is repaired—work that had a huge impact in opening up an entire new field of research. We were fortunate to attract him to Brookhaven, where he continued his research even as he took on administrative responsibilities. He was a great scientist, colleague and friend."

John Shanklin, a biochemist at Brookhaven and Setlow's fellow adjunct faculty member at Stony Brook, said, "Setlow was a most engaging and encouraging senior scientist who greatly enjoyed discussing science with his colleagues. His enthusiasm for addressing meaningful scientific questions was infectious. He will be missed by all who knew and worked with him."

Phil Hanawalt, one of Setlow’s former graduate students and a current professor of biology at Stanford University, said, “ I owe my lifelong career in ultraviolet photobiology and DNA repair to Dick Setlow’s expert mentoring and his friendship while I was a student in his biophysics group at Yale in the late 1950s. Dick triggered the explosive growth of the DNA repair field with his seminal discovery of excision-repair in 1964. I enjoyed professional association with Dick for many years, including our co-editing of a two-volume treatise on ‘Molecular Mechanisms for Repair of DNA’ in 1975."

Setlow was a member of the National Academy of Sciences, and received prestigious awards including the U.S. Department of Energy's Enrico Fermi Award, and others from Comité International de Photobiologie and the Environmental Mutagen Society.