Explorations of Quarks and Gluons in Scientific American

Accelerator experiments over the past half-century—including those still taking place at the Relativistic Heavy Ion Collider (RHIC), a U.S. Department of Energy Office of Science User Facility at Brookhaven National Laboratory—have given us an inner view of the building blocks of matter. From these experiments physicists have gleaned important information about the behavior of the quarks and gluons and quark-antiquark pairs that flit around inside the protons and neutrons of ordinary matter. 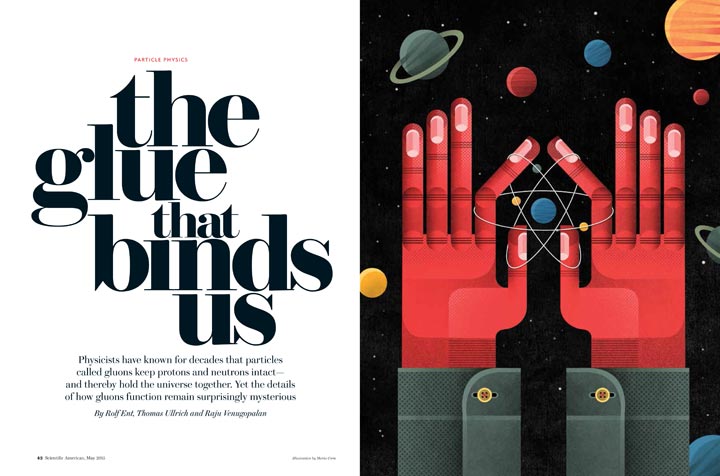 But even with a fairly deep understanding of how individual quarks and gluons interact, big mysteries remain about how those interactions account for some seemingly simple defining characteristics of the larger building blocks—including their mass and rotational motion, or spin. For a comprehensive, easy-to-understand recap of what’s known, and the questions physicists would still like to explore, check out “The Glue That Binds Us” in the May issue of Scientific American. The authors—Brookhaven Lab physicists Thomas Ullrich and Raju Venugopalan and Rolf Ent of the Thomas Jefferson National Accelerator Facility—will take you on a tour of the atom’s most basic components, the strong nuclear force, and the colorful (really!) world of exotic forms of matter.

Online preview: The Mysteries of the World’s Tiniest Bits of Matter

Research at RHIC is supported primarily by the DOE Office of Science (Office of Nuclear Physics).