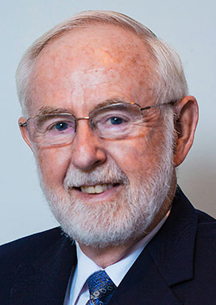 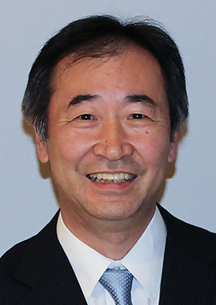 The U.S. Department of Energy’s (DOE) Brookhaven National Laboratory joins in the worldwide celebration of physicists Takaaki Kajita and Arthur B. McDonald, who were awarded the 2015 Nobel Prize in physics for their roles in demonstrating the “flavor-changing” property of neutrinos. Kajita presented the discovery that neutrinos from the atmosphere switch between two identities (“flavors”) on their way to the Super-Kamiokande detector in Japan, while McDonald led experiments showing that neutrinos from the Sun were not disappearing on their way to Earth, but rather changing their flavor before arriving at the Sudbury Neutrino Observatory (SNO) in Canada.

Brookhaven Lab scientists made important contributions to both of these neutrino experiments, fueled by the Lab’s legacy in the study of these abundant yet elusive subatomic particles. Scientists working at Brookhaven’s Alternating Gradient Synchrotron in 1962 were the first to demonstrate that there was more than one type of neutrino, earning them the 1988 Nobel Prize in Physics. In addition, the 2002 Nobel Prize-winning research of Brookhaven chemist Raymond Davis Jr., the first to detect solar neutrinos, introduced the mystery solved by the work honored today.

In the late 1960s, Davis set up a detector deep underground at the Homestake Mine in South Dakota, shielded from the influence of cosmic rays, to try to capture solar neutrinos. At the time, the goal of Davis’s experiment was to understand which nuclear reactions powered the Sun, as there were competing theories. He was able to resolve that question, but only observed about one-third of the expected amount of neutrinos—a deficit that set up a decades-long search for the missing particles. This mystery became known as the solar neutrino problem.

The first hints that neutrinos might switch flavors came from another experiment in Japan known as Kamioka. Following up on those hints, Brookhaven and other DOE scientists and collaborators joined a handful of experiments searching for definitive evidence of these flavor shifts, or oscillations, including the SNO experiment.

“SNO used a water Cherenkov detector, in which radiopurity and optical transmission were the keys to the success of operation for studying neutrino oscillations,” said Brookhaven chemist Minfang Yeh, who was stationed at SNOLAB for a year in 2000 during construction and early operations. The Brookhaven group, led by Brookhaven chemist Richard L. Hahn and including John Boger (now at DOE), worked on detector development, particularly the water purification system and other methods to reduce background signals that can obscure neutrino detection, and participated in all three SNO operation phases.

Around the same time, former Brookhaven Lab Director Maurice Goldhaber was making contributions to the Super-Kamiokande (SuperK) experiment in Japan. This experiment also used a water Cherenkov detector. Like an earlier experiment led in part by Goldhaber (the Irvine-Michigan-Brookhaven detector), it was first set up to track proton decays but also detected neutrinos emitted by a supernova.

As described in the Nobel Prize announcement, data from SNO and SuperK demonstrated definitively that solar neutrinos oscillate among three flavors, electron, muon, and tau—a condition that requires at least two of these particles to have some mass. The discovery has many implications for important questions in physics.

Significantly, SuperK and SNO solved the solar neutrino problem originally uncovered by Davis. His detector, set up to catch only electron neutrinos, had observed only the fraction of those that reached Earth without changing into muon or tau varieties.

But there are still many unknowns, including just how massive the different neutrinos are, whether they obey one of nature’s fundamental symmetries (“charge-parity” or CP symmetry), whether there are more than three types, and what these particles can reveal about our current understanding of the history, structure, and future fate of the universe. Brookhaven scientists are active participants in experiments underway and planned around the world to explore in detail the properties of these ghostlike particles. These experiments—the Daya Bay Neutrino Experiment, the Short Baseline Neutrino program at Fermi National Accelerator Laboratory (including MicroBooNE), SNO+, PROSPECT, and the Deep Underground Neutrino Experiment—may one day provide answers.