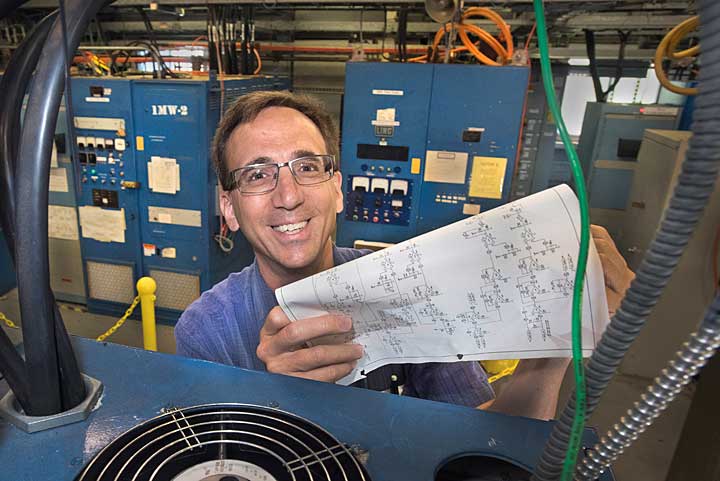 Through his engineering and managerial skills, Donald Bruno significantly increased the reliability of power supply systems for the Relativistic Heavy Ion Collider (RHIC).

During the early RHIC runs, the reliability of power supply systems proved to be the major cause of machine downtime. Bruno minimized this downtime by systematically analyzing the cause of each power supply failure and improving methods to recover. Because of the extremely compact size, sophisticated topology, and interactions of the RHIC power supplies, it is extremely difficult to pinpoint the root cause of failures. Bruno developed techniques to determine which of the more than 1,200 power supplies was malfunctioning and taught his colleagues how to diagnose and troubleshoot problems so RHIC could resume operations as quickly as possible.

Bruno's contributions have made a substantial impact on the total integrated luminosity delivered at RHIC and, ultimately, on the success of recent RHIC runs. 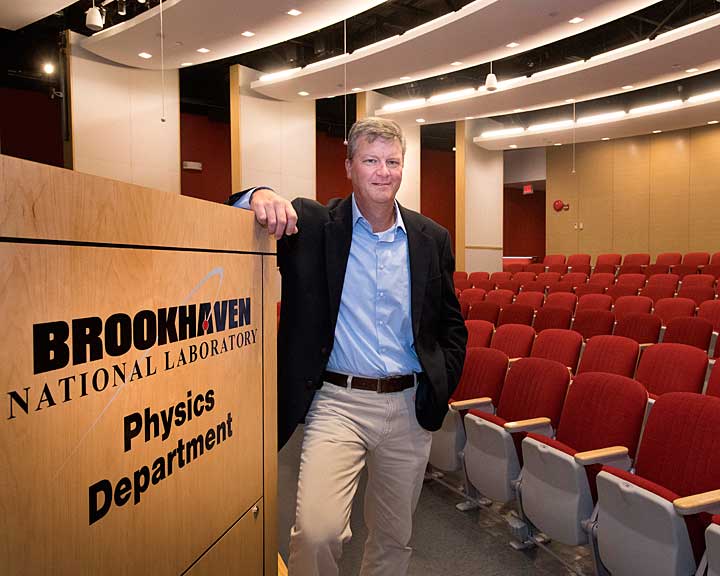 Project manager Steven Cannella was a key leader in Renovate Science Laboratory, Phase II—the Lab's largest renovation project. Steven provided innovative engineering solutions, and assessed and mitigated risks effectively while leveraging resources and successfully leading the project through the U.S. Department of Energy's critical decision process. The $50.8 million project included the renovation of laboratory and office space in the Chemistry and Physics buildings, from early design to final occupation. It was completed on time, within budget, and exceeded the key performance parameters. The project also earned the U.S. Green Building Council's LEED Silver certification for building interiors. Cannella's attention to the needs of scientific staff during the project helped to avoid disruptions to their work and directly benefited research programs, facility infrastructure, and ultimately the Laboratory's mission. 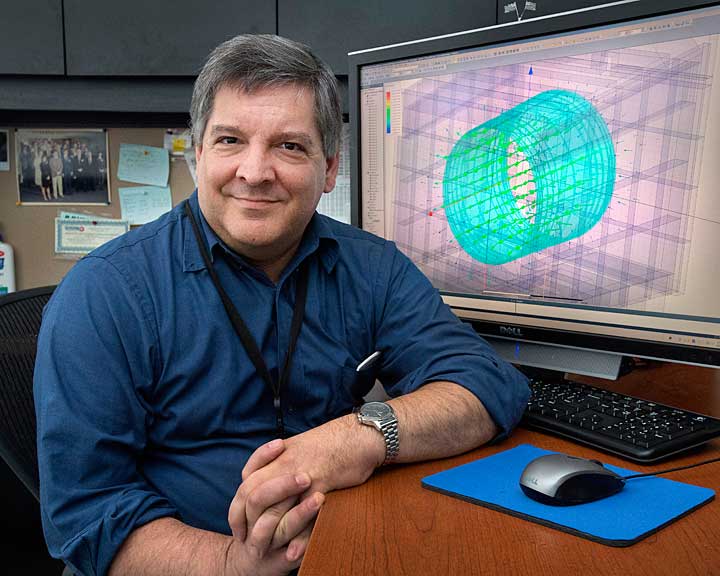 John Cozzolino's achievements range from efficient project management to state-of-the-art simulations and analyses. His contributions strengthen the Laboratory's reputation as a technical leader among other national labs and CERN in Europe.

Cozzolino is a resident expert with ANSYS software for simulating and analyzing structural and thermal engineering challenges. For the Large Hadron Collider (LHC) at CERN, he performed comprehensive structural analyses of high-field superconducting quadrupoles magnets for the high luminosity upgrade, he designed and supervised construction of spare superconducting dipole magnets, and conducted thorough analyses for a new magnet vertical cold test dewar pressure vessel for the LHC Accelerator Research Program. He developed a time projection chamber and cryostat pressure vessel for the Lab's DarkSide proposal to investigate weakly interacting massive particles. Cozzolino also designed and analyzed a rotating alignment and support structure for a beamline at the National Synchrotron Light Source II, as well as raft tower module components for the Large Synoptic Survey Telescope camera.

Cozzolino's oversight, analyses, and solutions will contribute to scientific discoveries at Brookhaven and beyond for years to come. 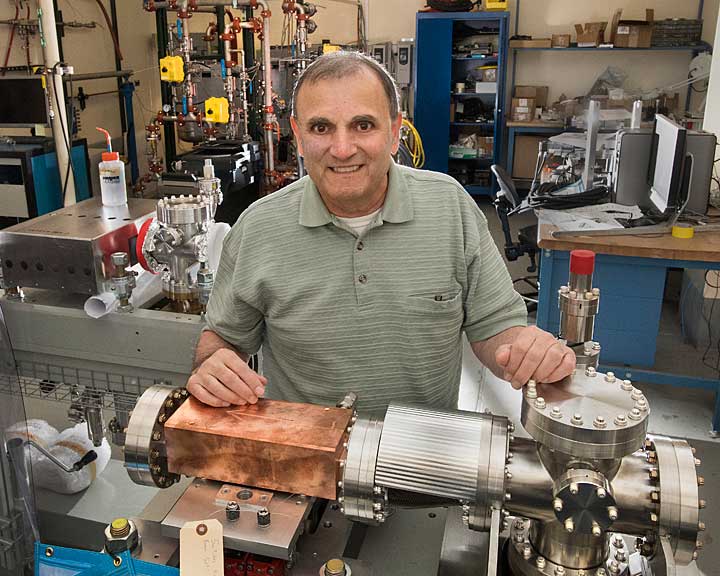 Frank DePaola is an engineer with broad understanding of both mechanical design and manufacturing. He knows what it takes to build mechanical components and has made tremendous contributions to the design and manufacturing of systems that were critical in completing the National Synchrotron Light Source II within budget and ahead of schedule. With extensive expertise and experience, hard work, ingenuity, and leadership, DePaola provided several cost-effective designs for magnets, beamline frontends, girder supports, and utility systems to help the NSLS-II project avoid costs and schedule risks.

Frank continues to innovate now that the NSLS-II project is complete. He has done an excellent job in managing a collaborative program with Argonne National Laboratory to design and fabricate a complex eight-pole corrector magnet. DePaola also co-invented new approaches for building x-ray absorbers and the beamline frontend components that control x-ray beams traveling from the storage ring to experimental beamlines. The new design developed at NSLS-II, which combines large flexibility with reduced costs and production time, is also being adapted at light sources in Europe and Asia. 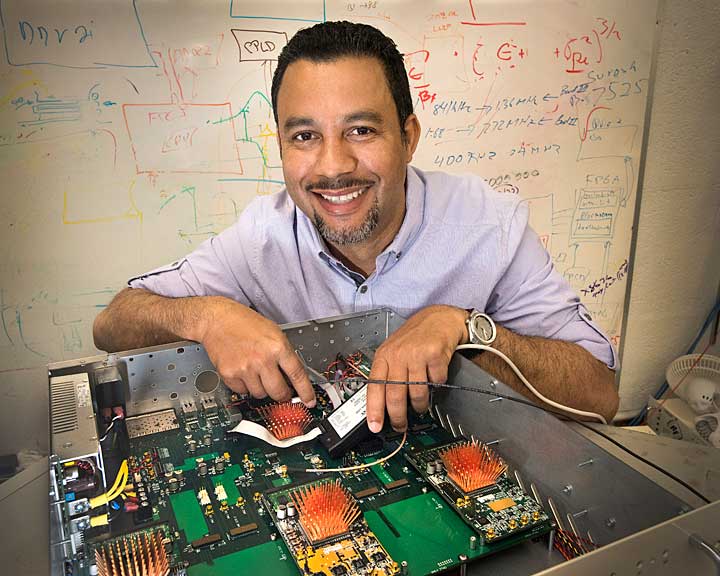 Throughout his 20 years at Brookhaven Lab, Freddy Severino has played pivotal roles in the design of new low-level radio frequency (LLRF) systems for the accelerators in the Collider-Accelerator Department (C-AD). He has been instrumental in providing hardware, firmware, and software solutions—often under extremely tight time constraints.

Among Severino's many achievements are the hardware and software he developed for the Relativistic Heavy Ion Collider's stochastic cooling system, critical to increasing collision rates. Over the past decade, his expertise in embedded system development has been critical to the success of the new digital control platform for the department's LLRF systems. Because of the vast array of firmware and software he developed, this platform is now used to control RF systems in every accelerator in the C-AD complex.

Most recently, Severino led the successful first phase of an upgrade to the 200 MeV linear accelerator LLRF system. As a result of the very short pulse durations involved, this effort was extremely challenging, requiring a firmware implementation of the accelerator's cavity control loops.