A Message from Chuck Black 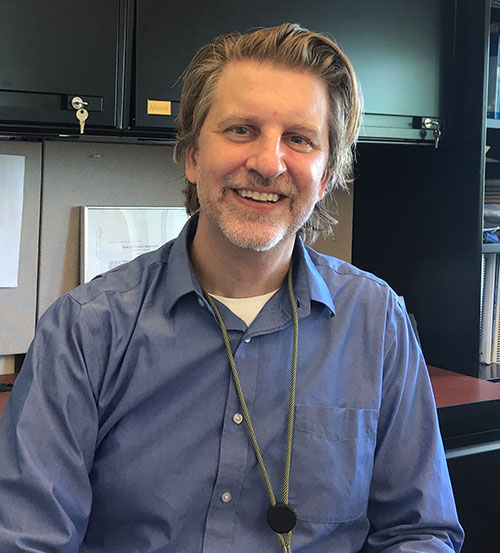 The Olympic Games took place this past summer in Tokyo, and like some of you, I’m sure, I watched as much of them as I could. I have loved the Olympics ever since I was a kid. Watching amazing athletes from all over the world represent their countries and compete at the absolute highest levels is, for me, a truly special occasion—one not to be missed.

At the Olympics, the stakes are so high and the pressure so intense, with many talented athletes spending their lifetimes preparing for this single sporting event. The two weeks of competition provide a rare opportunity for all of us to witness the best of what human beings can do. As I have gotten older, I have increasingly enjoyed observing excellence, in all its different forms. It’s enthralling to see humans perform with excellence—whether in sports, in the case of the Olympics, or in science, the arts, or any other vocation. The beauty of these kinds of performances can inspire so much respect and admiration that it brings a lump to your throat. Along with the heroic victories, the Olympics also generate heartbreaking disappointments and inspiring moments of resilience. The tragic events are poignant and can be difficult to watch, but they remind me that sometimes in life it’s important to take the risk of committing to something absolutely. As the American middle-distance runner Isaiah Jewett told a reporter after his race, “If you’re giving everything you have, you don’t have anything to regret.”

Watching Olympic athletes striving to achieve their ultimate professional goals made me think about CFN staff and users, who are also working to advance our field of nanoscience in ways that make a difference. Let me share three short stories from this year’s Olympics and why I will remember them:

If I had to take a lesson from these Olympic stories, it is this:

I feel so fortunate to live in the United States, which for all its challenges will always be the place I love the most. And, regardless of our home countries, those of us connected to the CFN as staff members, users, or friends are fortunate to be participants in a society that values science and knowledge so much that we have created a system of U.S. National Laboratories, staffed them with talented scientists, and charged us with a mission to carry out transformative research to create a better future for us all.

In exchange for this tremendous, good fortune, I believe we owe the world our best scientific efforts. I talk often about the importance of the CFN mission, which is to understand the nanoscience of materials so that we can improve our world. After experiencing the Olympics this summer, I felt compelled to ask myself some hard questions. You may consider asking yourself the same ones:

The world needs our best efforts, now more than ever. Let’s continue to work together to make a difference.