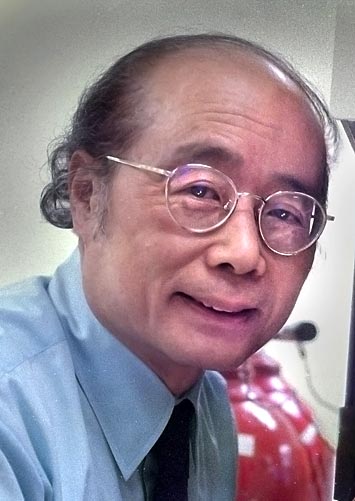 UPTON, NY — Applications are now being accepted for the 10th Dr. Mow Shiah Lin Scholarship sponsored by the Asian Pacific American Association (APAA) at the U.S. Department of Energy's Brookhaven National Laboratory. The annual $1,000 scholarship was initiated to honor the late Brookhaven Lab scientist for whom it is named.

In memory of Lin's distinguished research, achievements, and inventions, the scholarship is granted each year to a student of Asian heritage with a U.S. student visa who is matriculating toward a doctorate in environmental and energy technology, biology, or chemistry at an accredited institution of higher education on Long Island, including Brooklyn and Queens. Such is how Lin began his career.

Applications and further information can be obtained by calling Brookhaven Lab's Diversity Office at 631 344-6253, or by sending an e-mail to sge@bnl.gov, or by visiting the APAA website. The application deadline is May 31, 2014.

Mow Shiah Lin began his career at Brookhaven Lab in 1975 as a postdoctoral fellow, and he advanced to co-lead a research team working with an environmental remediation company to use selected bacteria to convert toxic oil wastes, such as used motor oils, into useful products. In 2001, Lin shared an R&D 100 Award, given by R&D Magazine to honor the top 100 technological achievements of the year, for a technology to recover silica from geothermal brine. In 2003, Lin died suddenly due to a brain aneurysm at the height of his career, and his fellow employees, friends, and family contributed funds to establish the scholarship.