Scientists discovered that single atoms of platinum can break the bond between carbon and fluorine, one of the strongest known chemical bonds 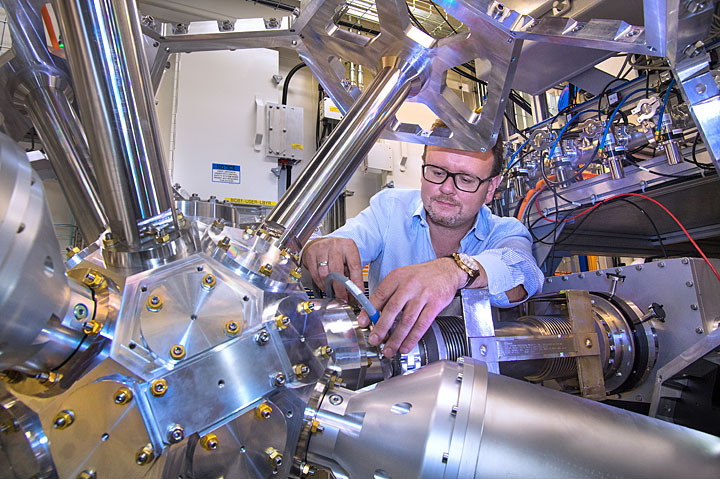 UPTON, NY—An international team of scientists including researchers at Yale University and the U.S. Department of Energy’s (DOE) Brookhaven National Laboratory have developed a new catalyst for breaking carbon-fluorine bonds, one of the strongest chemical bonds known. The discovery, published on Sept. 10 in ACS Catalysis, is a breakthrough for efforts in environmental remediation and chemical synthesis.

“We aimed to develop a technology that could degrade polyfluoroalkyl substances (PFAS), one of the most challenging pollutant remediation problems of the present day,” said Jaehong Kim, a professor in the department of chemical and environmental engineering at Yale University. “PFAS are widely detected all over the world, from Arctic biota to the human body, and concentrations in contaminated groundwater significantly exceed the regulatory limit in many areas. Currently, there are no energy-efficient methods to destroy these contaminants. Our collaboration with Brookhaven Lab aims to solve this problem by taking advantage of the unique properties of single atom catalysts.”

To optimize the efficiency of catalysts—substances that initiate or speed-up chemical reactions—scientists break them down into smaller pieces, all the way down to nanomaterials. And recently, scientists have started to break catalysts down even further, beyond the nanoscale and into single atoms.

“The only part of a catalyst that is reactive is its surface,” said Brookhaven scientist Eli Stavitski. “So, if you break a catalyst down into small pieces, you increase its surface area and expose more of the catalyst’s reactive properties. But also, when you break catalysts down below 10 nanometers, their electronic properties change dramatically. They suddenly become very reactive. Ultimately, you want to go to the next step, and break catalysts down to individual atoms.”

The challenge is that individual atoms don’t behave the same as larger catalysts; they don’t like to stand alone, and they can cause unwanted side reactions to occur. To use single atom catalysts effectively, scientists must identify the perfect combination of a strong, reactive metal and a stable, complementary environment. 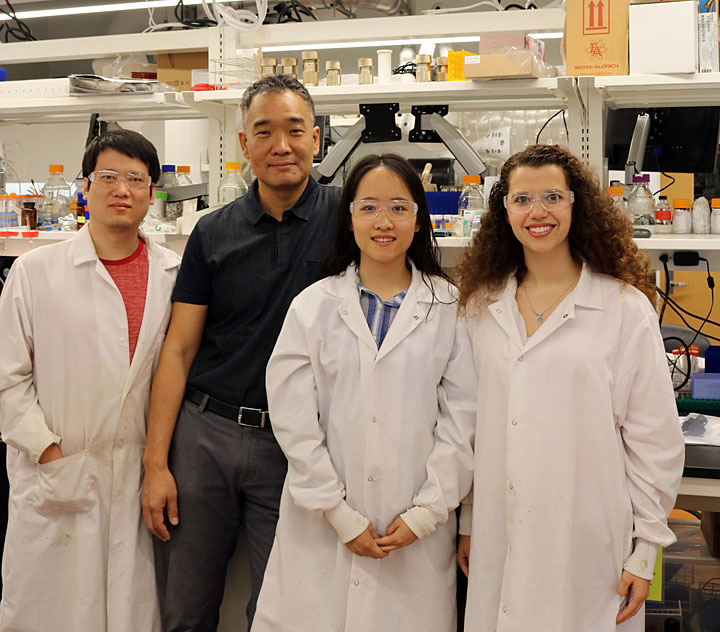 “Our team at Yale recently developed a readily scalable method to synthesize single-atom catalysts in two simple steps,” said Kim. “First, we bind metals to anchor sites on a support material, then we photoreduce the metals to single atoms under mild UV-C irradiation. Using this method, our group has been synthesizing a suite of single-atom catalysts involving various metals (platinum, palladium, and cobalt) and supports (silicon carbide, carbon nitride, and titanium dioxide) for numerous catalytic reactions. In this work, we found single platinum atoms loaded onto silicon carbide to be strikingly effective in catalyzing carbon-fluoride bond cleavage and breaking down contaminants like PFAS.”

To visualize their new catalyst and assess its performance, the scientists came to two DOE Office of Science User Facilities at Brookhaven Lab—the Center for Functional Nanomaterials (CFN) and the National Synchrotron Light Source II (NSLS-II). The world-class tools at each facility provided complimentary techniques for seeing this incredibly small catalyst. 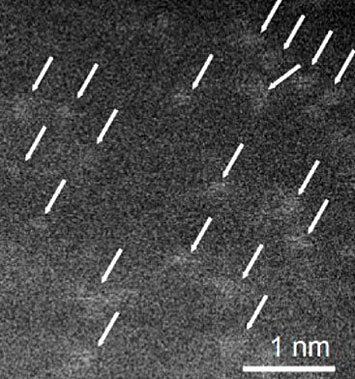 “This research offers a golden standard for showing how multimodal characterization can contribute to the understanding of fundamental reaction mechanisms of single atom catalysts," said Huolin Xin, a former scientific staff member at CFN and now a professor at University of California.

“We have a technique at NSLS-II, called x-ray absorption spectroscopy, that is uniquely sensitive to the state of the catalyst and the environment surrounding it,” said Stavitski, who is also a beamline scientist at NSLS-II’s Inner-Shell Spectroscopy (ISS) beamline, where the research was conducted.

By shining NSLS-II’s ultrabright x-ray light onto the catalyst and using ISS to see how the light interacted with the sample and its environment, the scientists were able to “see” how the single-atom catalyst was built.

The research at ISS was part of NSLS-II’s strategic partnership with Yale University, and illustrates how universities and industry can work with Brookhaven Lab to solve their research challenges.

“We are pursuing a number of strategic partnerships to strengthen our connections with nearby institutions and to leverage the tremendous intellectual power and expertise in the northeastern U.S.,” said Qun Shen, the NSLS-II Deputy Director for Science. “Yale faculty groups are an excellent example in this regard. We are happy to see this is starting to bear fruit.”

Kim, Stavitski, and Huolin are continuing to collaborate and apply single-atom catalysts to various environmental challenges, including PFAS.