With $18 million of Recovery Act funding, work has begun to prepare for the construction of a new Interdisciplinary Science Building (ISB) at the U.S. Department of Energy’s Brookhaven National Laboratory in New York. Construction of the facility is scheduled to begin in 2010. 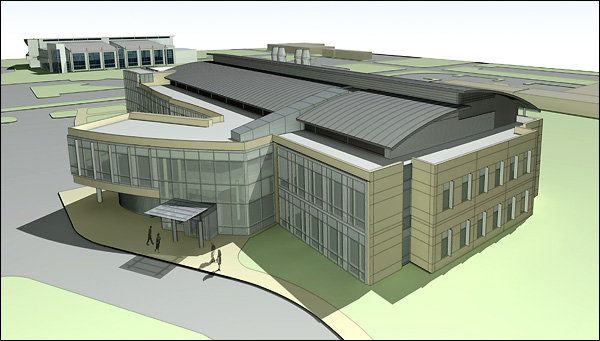 The construction of the ISB facility will strengthen the Lab’s infrastructure and create more than 60 new jobs on Long Island. According to the U.S. Bureau of Labor Statistics, Long Island had an unemployment rate of nearly 7.5 percent by mid 2009.

Work has already begun at the site of the new facility, where a building currently stands from the days when Brookhaven Lab was an army training camp during World War II. Crews are removing the building’s out-of-use underground utilities and preparing the structure for demolition, scheduled for this month.

Work will continue at the site through the fall as active utilities are relocated and unsuitable soils are excavated and then replaced with structural fill. The parking lot at the Lab’s Center for Functional Nanomaterials will also be extended to provide parking for workers during the construction period and scientists once the facility is in operation.