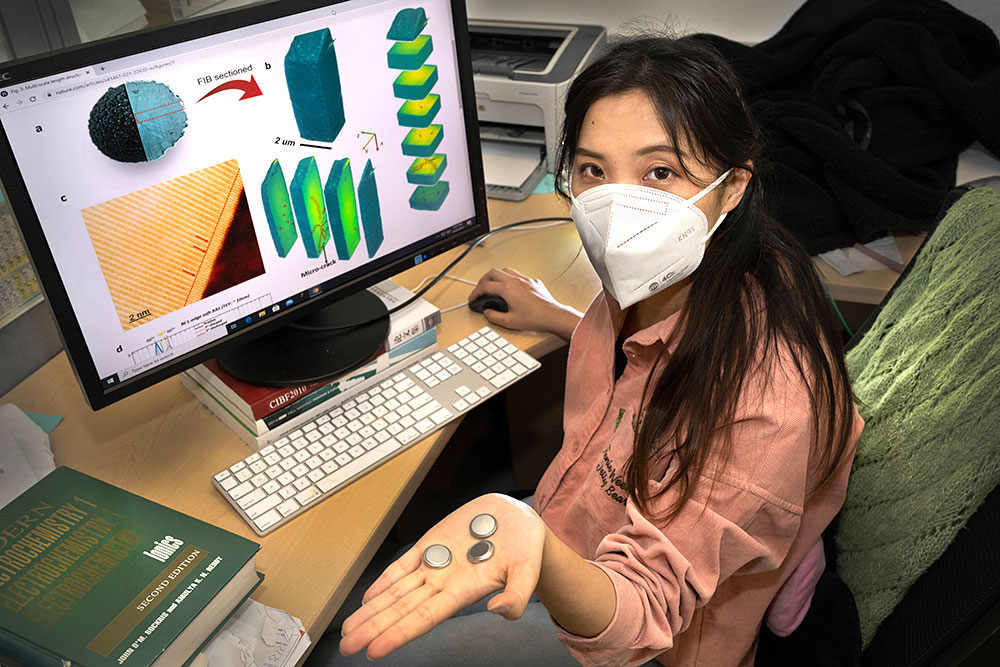 UPTON, NY—A team of researchers led by chemists at the U.S. Department of Energy’s (DOE) Brookhaven National Laboratory has studied an elusive property in cathode materials, called a valence gradient, to understand its effect on battery performance. The findings, published in Nature Communications, demonstrated that the valence gradient can serve as a new approach for stabilizing the structure of high-nickel-content cathodes against degradation and safety issues.

High-nickel-content cathodes have captured the attention of scientists for their high capacity, a chemical property that could power electric vehicles over much longer distances than current batteries support. Unfortunately, the high nickel content also causes these cathode materials to degrade more quickly, creating cracks and stability issues as the battery cycles.

In the new study led by Brookhaven Lab, chemists at DOE’s Argonne National Laboratory synthesized a unique material that isolated the valence gradient from the concentration gradient.

“We used a very unique material that included a nickel valence gradient without a nickel concentration gradient,” said Brookhaven chemist Ruoqian Lin, first author of the study. “The concentration of all three transition metals in the cathode material was the same from the surface to the bulk, but the oxidation state of nickel changed. We obtained these properties by controlling the material’s atmosphere and calcination time during synthesis. With sufficient calcination time, the stronger bond strength between manganese and oxygen promotes the movement of oxygen into the material’s core while maintaining a Ni2+ oxidation state for nickel at the surface, forming the valence gradient.” 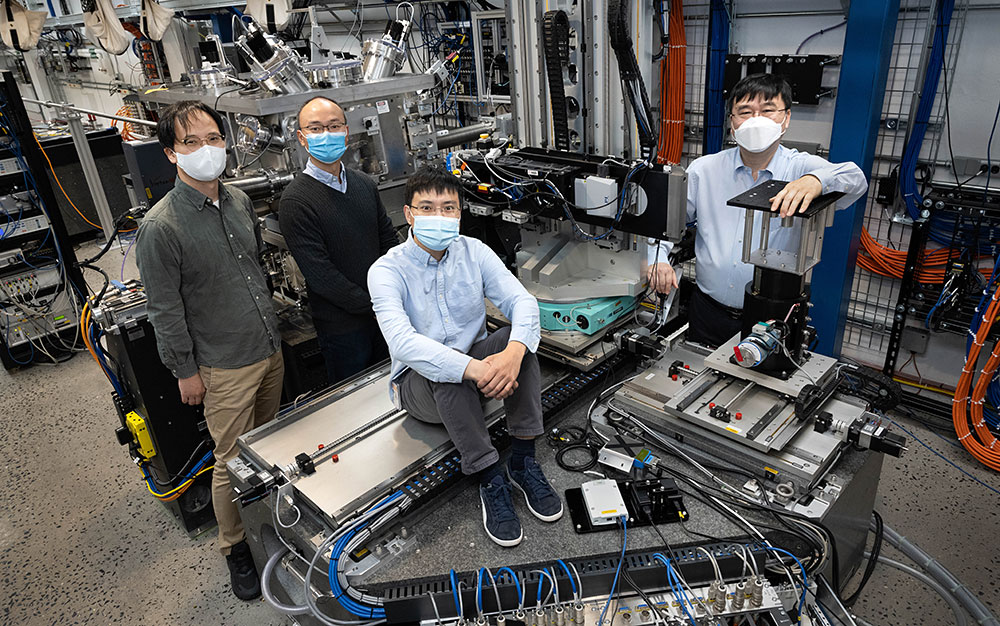 Once the chemists successfully synthesized a material with an isolated valence gradient, the Brookhaven researchers then studied its performance using two DOE Office of Science user facilities at Brookhaven Lab—the National Synchrotron Light Source II (NSLS-II) and the Center for Functional Nanomaterials (CFN).

At NSLS-II, an ultrabright x-ray light source, the team leveraged two cutting-edge experimental stations, the Hard X-ray Nanoprobe (HXN) beamline and the Full Field X-ray Imaging (FXI) beamline. By combining the capabilities of both beamlines, the researchers were able to visualize the atomic-scale structure and chemical makeup of their sample in 3-D after the battery operated over multiple cycles.

“Both beamlines have world-leading capabilities. You can’t do this research anywhere else,” said Yong Chu, leader of the imaging and microscopy program at NSLS-II and lead beamline scientist at HXN. “FXI is the fastest nanoscale beamline in the world; it’s about ten times faster than any other competitor. HXN is much slower, but it’s much more sensitive—it’s the highest resolution x-ray imaging beamline in the world.”

HXN beamline scientist Xiaojing Huang added, “At HXN, we routinely run measurements in multimodality mode, which means we collect multiple signals simultaneously. In this study, we used a fluorescence signal and a phytography signal to reconstruct a 3-D model of the sample at the nanoscale. The florescence channel provided the elemental distribution, confirming the sample’s composition and uniformity. The phytography channel provided high-resolution structural information, revealing any microcracks in the sample.”

Meanwhile at FXI, “the beamline showed how the valence gradient existed in this material. And because we conducted full-frame imaging at a very high data acquisition rate, we were able to study many regions and increase the statistical reliability of the study,” Lin said.

At the CFN Electron Microscopy Facility, the researchers used an advanced transmission electron microscope (TEM) to visualize the sample with ultrahigh resolution. Compared to the x-ray studies, the TEM can only probe a much smaller area of the sample and is therefore less statistically reliable across the whole sample, but in turn, the data are far more detailed and visually intuitive.

By combining the data collected across all of the different facilities, the researchers were able to confirm the valence gradient played a critical role in battery performance. The valence gradient “hid” the more capacitive but less stable nickel regions in the center of the material, exposing only the more structurally sound nickel at the surface. This important arrangement suppressed the formation of cracks.

The researchers say this work highlights the positive impact concentration gradient materials can have on battery performance while offering a new, complementary approach to stabilize high-nickel-content cathode materials through the valence gradient.

“These findings give us very important guidance for future novel material synthesis and design of cathode materials, which we will apply in our studies going forward,” Lin said.

This study was a collaborative effort among several universities and DOE laboratories, including research teams involved in DOE’s Battery500 Consortium, which aims to make lithium-metal battery cells with an energy density of 500 watt-hours per kilogram, more than double the energy density of today’s state-of-the-art batteries. The research was supported by DOE’s Office of Energy Efficiency and Renewable Energy, Vehicle Technologies Office and DOE’s Office of Science. Additional x-ray experiments were carried out at the Advanced Light Source (ALS) and the Advanced Photon Source (APS), two DOE Office of Science user facilities that are located at DOE’s Lawrence Berkeley National Laboratory and Argonne National Laboratory, respectively. Operations at NSLS-II, CFN, ALS, and APS are supported by the Office of Science.