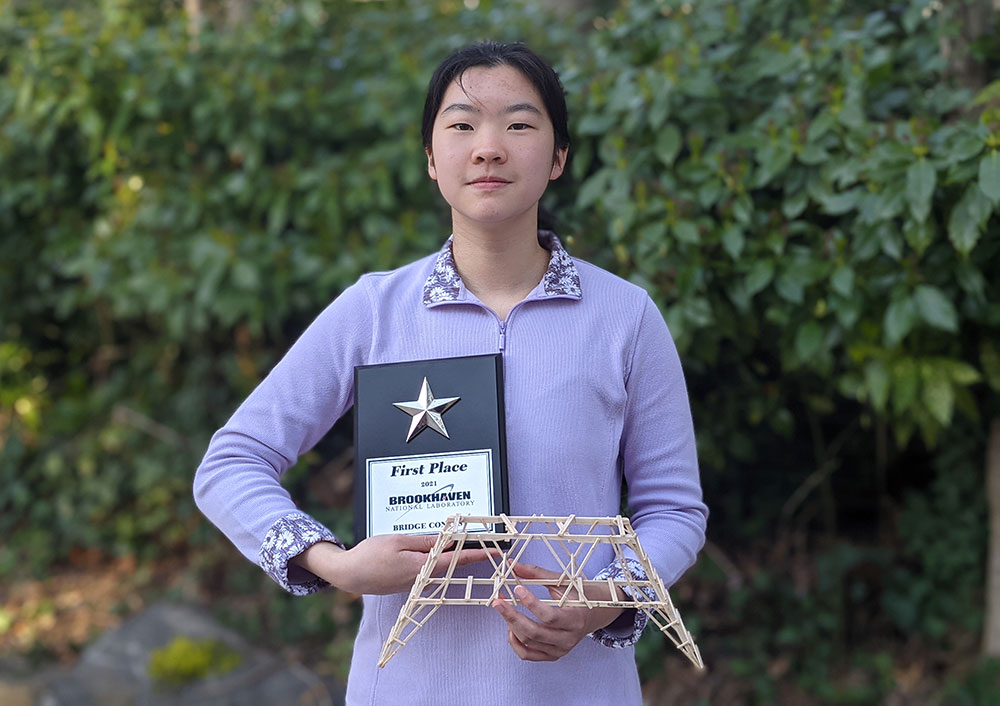 UPTON, NY–The Office of Educational Programs (OEP) at the U.S. Department of Energy’s Brookhaven National Laboratory announced local students who earned the top spots in both the  2021 Bridge Building Contest and 2021 Maglev Competition during an online awards ceremony on Friday, April 16.

Each competition, held virtually this year, offers students a hands-on opportunity to apply math, science, and technology principles as they design and build bridges and magnetic levitation cars.

“Conceiving, designing, and building the one-of-a-kind facilities at Brookhaven National Laboratory takes extraordinary vision on the part of our scientists and our engineers to advance our science mission,” said OEP Manager Kenneth White. “These two competitions test the design and analytical skill of contestants to create bridges and vehicles to exacting specifications and performance expectations much like our facilities demand of our staff. We hope some of these contestants will be our staff one day to take on another engineering challenge supporting extraordinary discoveries.” 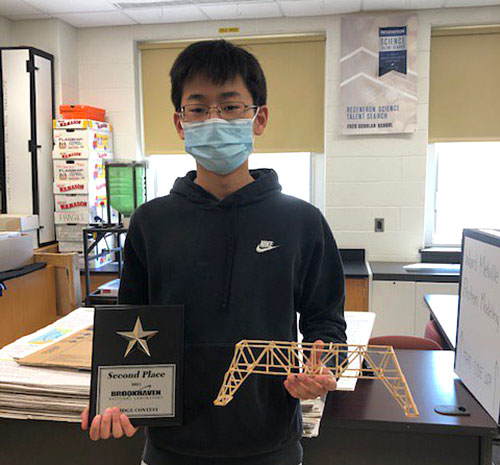 In the annual Bridge Building Contest, high school students became engineers competing to construct the most efficient model bridge out of lightweight wood. Efficiency is calculated from the bridge’s weight and the weight the bridge can hold before breaking or bending more than one inch. The higher the efficiency, the better the design and construction.

For some students, a trial-and-error process was key to solidifying a design. Liang said she built and tested five bridges by weighing them down with a bucket of sand before submitting her final winning structure. 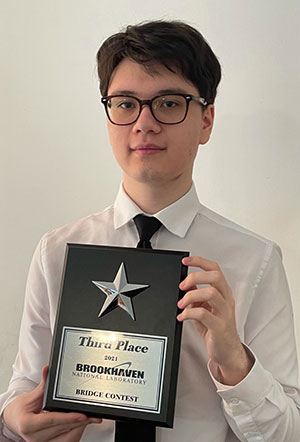 Victor Prchlik, also from Ward Melville High School, placed third with a bridge that weighed 23.7 and supported 44.5 pounds with an efficiency of 851.87

“The whole process was fun from start to finish,” Chung said. “One of the most challenging parts was getting the glue to stick the wood together. I ended up solving that problem by using a hairdryer to dry it.” 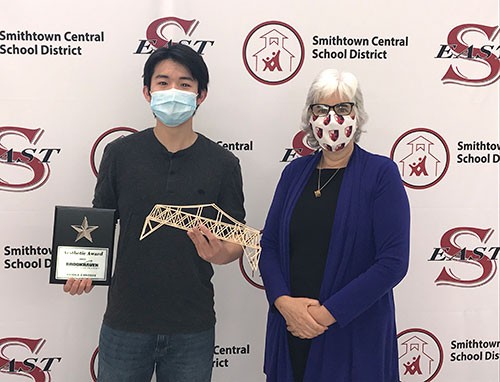 Brookhaven Lab staff tested magnetic levitation cars to see who came up with the fastest design.

Bonura found that part of the fun was testing and reengineering the maglev’s design.

“We’d make it quicker and test it over and over again to make it perfect,” Bonura said.

The maglev contest is based on research by two Brookhaven engineers, the late Gordon Danby and James Powell, who invented and patented maglev technology—the suspension, guidance, and propulsion of vehicles by magnetic forces.

Magnetic properties give the maglev trains their extraordinary capabilities for speed and stability. These same principles—using magnetic forces to move matter — are used in world-class research facilities at Brookhaven Lab, including the Relativistic Heavy Ion Collider (RHIC) and the National Synchrotron Light Source II (NSLS-II) — which are both DOE Office of Science user facilities. Magnetic properties allow the machines to move particles at nearly the speed of light for research purposes.