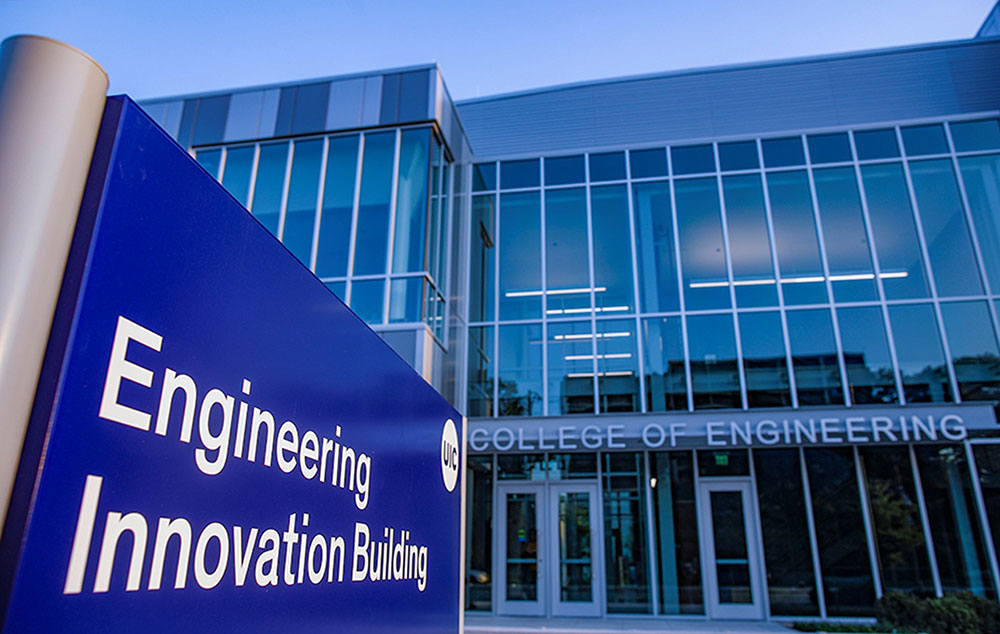 C2QA is one of five U.S. Department of Energy (DOE) Office of Science National Quantum Information Science Research Centers (NQISRCs) established in support of the National Quantum Initiative Act, which aims to develop the full potential of quantum-based applications in computing, communication, and sensing to benefit national security, economic competitiveness, and leadership in scientific discovery. C2QA’s primary focus is on building the tools necessary to create scalable, distributed, and fault-tolerant quantum computer systems.

C2QA consists of collaborative, multidisciplinary research teams that span across several domains to apply quantum co-design principles in three research areas, or thrusts: Software and Algorithms, Devices, and Materials. “The Center is fortunate to count Associate Professor of Electrical and Computer Engineering Thomas Searles among the principal investigators (PIs) from UIC helping to advance the mission of C2QA in the Devices thrust,” remarked Jens Koch, Novel Qubits & Circuit Elements subthrust leader. “Professor Searles has been an active member since the very beginning of C2QA at his former institution, and will continue his research.” Professor Searles’ lab is currently applying machine learning methods towards error mitigation in Noisy Intermediate Scale Quantum (NISQ) devices like the Quantum Processing Units (QPUs) offered by the IBM Quantum program, thanks to funding from C2QA. Searles is further looking forward to intensifying his work on quantum state tomography on the IBM machines and other platforms and increasing opportunities in his lab.

“Quantum computing has the potential to completely revolutionize how we interact with the world around us and in particular, how we approach problem solving in scientific disciplines like physics, computer science, chemistry and engineering. We have a long way to go, however, in developing better quantum devices for practical application before this is a reality,” said UIC Associate Professor of Electrical and Computer Engineering Thomas Searles. “The co-design center and its affiliated researchers are leaders in advancing quantum-based technologies through scientific research – our partnership with the co-design center opens up incredible opportunities for our students and faculty to partner on innovative discoveries in quantum computing, network and participate in seminars and career fairs.”

“There is some very exciting work involving data-centric models for Machine Learning in quantum information science,” said C2QA director, Andrew Houck. “Using his access to the IBM cloud machines, Thomas Searles and UIC are really helping us figure out how to more efficiently use, train, and run interesting algorithms on real hardware that's currently available.”

Searles, formerly of Howard University, is widely recognized as an avid and active supporter of increasing participation of underrepresented minorities in quantum research. With UIC representing one of six minority serving institutions (MSI) in C2QA, he is an invaluable asset to everyone in the Center seeking guidance on how attract, train, and mentor the next generation of diverse researchers and engineers joining the quantum workforce. “The [NQISRCs] serve as hubs for collaboration for the entire country. I think it's important that these hubs be as inclusive as possible,” said Searles. “We are, as a whole, an MSI in the heart of Chicago. We have fantastic students within our Electrical and Computer Engineering Department. We're not only a Hispanic-serving institution, but a Hispanic-serving department with greater than 25 percent of our students identifying as such. C2QA and UIC are bringing opportunities in the field of quantum to underserved groups in Chicago that don't exist.”

UIC is Chicago’s only public research university and is an integral part of the educational, technological and cultural fabric of the city. Chicago is not only a diverse city full of fresh new talent in the field, but it is also the epicenter of Quantum Information Science in the Midwest. “It's the right place, the right time, and the right people. With C2QA having a large concentration on the east coast, this partnership will broaden its reach. We're bringing something to the Midwest that's not there currently, so we're very, very excited about that,” said Searles.

Located in the heart of one of the world’s great cities, the University of Illinois Chicago is the city’s largest university and only public research institution. Its 16 academic colleges serve more than 34,000 undergraduate, graduate and professional students. UIC is recognized as one of the most ethnically rich and culturally diverse campuses in the nation, a leader in providing access to underrepresented students. UIC students become professionals in fields ranging from business and engineering to education, liberal arts and sciences, urban planning, and law, as well as architecture, design and the arts.