Research has potential applications for improving safety of nuclear energy 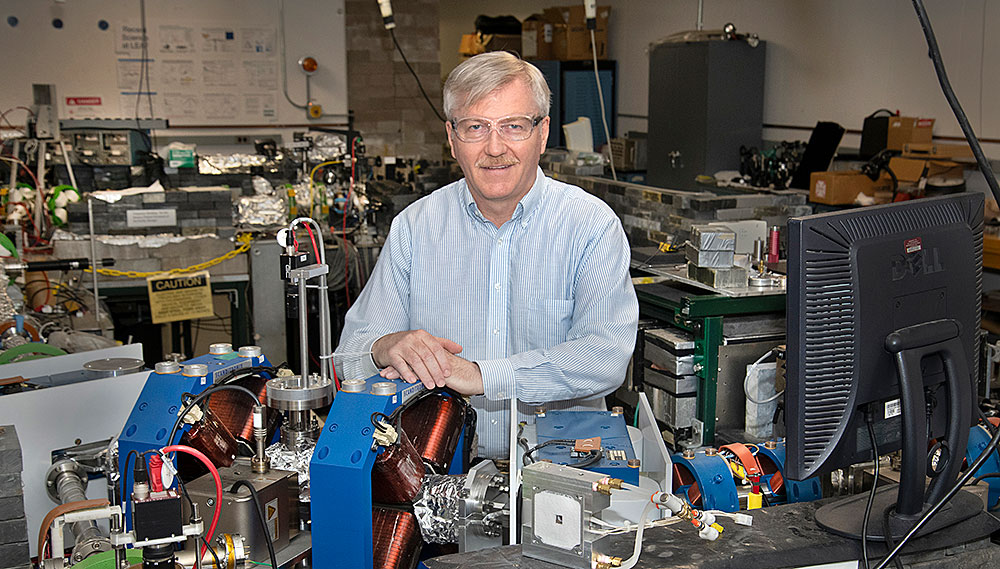 The renewal was one of 43 EFRC awards announced by DOE on August 25, 2022, with total funding of $400 Million at research institutions across the U.S. The EFRCs are designed to bring together multi-disciplinary scientific teams to tackle the toughest scientific challenges and remove roadblocks to advancing energy technologies.

“Meeting the Biden-Harris Administration’s ambitious climate and clean energy goals will require a game-changing commitment to clean energy—and that begins with researchers across the country,” said U.S. Secretary of Energy Jennifer M. Granholm. “[These] research projects … will strengthen the scientific foundations needed for the United States to maintain world leadership in clean energy innovation.”

What is a molten salt?

Molten salts are materials composed entirely of positively and negatively charged ions that exist in a liquid state under elevated temperatures. The Molten Salts in Extreme Environments EFRC explores the structural and dynamic properties of these materials in the bulk and at interfaces with other materials. The goal is to develop the understanding needed to predict and control these materials’ physical and chemical properties for a variety of applications. In nuclear energy, molten salts could be used as coolants for solid-fueled reactors, or they could serve simultaneously as the coolant and the solvent for liquid nuclear fuel. Other potential applications include nuclear fuel reprocessing, metallurgy, batteries, and solar thermal collection, transport, and storage.

“Molten salts are attractive for use as coolants in nuclear reactors because they can operate at higher, more efficient temperatures than water-cooled reactors while still at ambient pressure, and they have safety and sustainability advantages,” said Brookhaven Senior Chemist James Wishart, MSEE Director. “Our goal is to provide a scientific foundation for the successful deployment of molten salt reactors by understanding the chemical and collective behavior of molten salts and the materials dissolved in them, as well as how they affect the reactor materials that they contact. We’re gratified to receive renewed support, which will enable us to build on our previous work to advance molten salt science and continue to pioneer experimental and computational methods that will benefit the molten salt research community.”

Shannon Mahurin of DOE’s Oak Ridge National Laboratory (ORNL) will serve as MSEE Deputy Director. The team includes a total of 20 principal investigators (PIs), and partner institutions, including Idaho National Laboratory, Stony Brook University, and the Universities of Iowa, Michigan, Notre Dame, Tennessee, and Wisconsin. The project will receive a total of $13.3 million in funding over four years.

Since the founding of MSEE, the team has been using specialized tools—including Brookhaven Lab’s National Synchrotron Light Source II (NSLS-II), the Chemistry Division’s Accelerator Center for Energy Research (ACER), and the Spallation Neutron Source at ORNL—and advanced computational methods to explore how molten salts behave at temperatures ranging from 300-1000 degrees Celsius (572-1832°F) and while exposed to intense radiation. The team has been developing cutting-edge computational approaches to simulate the atomic and electronic structure of molten salts and the chemical environments of materials dissolved in them. MSEE’s accomplishments so far include:

During its first term, MSEE used 3D x-ray imaging techniques at the National Synchrotron Light Source II (NSLS-II) to monitor in real time the structural changes induced by corrosion of a nickel-chromium alloy in molten salt at 800 °C. This is a powerful technique for exploring corrosion mechanisms and how they change with temperature and salt composition. (Credit: Nat Commun 12, 3441 (2021).

DOE also renewed funding for four additional EFRCs in which scientists from Brookhaven Lab play significant roles. Each of these centers was also renewed for four years:

At the same time, the Office of Science announced $140 Million in funding for other clean-energy research, $11 Million of which will go to projects at Brookhaven Lab on catalysts for water electrolysis, batteries, and bioproducts.

“It’s exciting to see the scientific community coming together to solve these critical issues that face us as a nation,” said James Misewich, Associate Laboratory Director for Energy and Photon Sciences at Brookhaven Laboratory.

NSLS-II and the Spallation Neutron Source are DOE Office of Science user facilities.