The following news release, originally issued by Oak Ridge National Laboratory, describes a paper published in the Journal of the American Chemical Society. The paper provide elusive information about the structure and dynamics of molten salts and their interactions with the alloys used to contain them. The research was part of the Energy Frontier Research Center for Molten Salts in Extreme Environments (MSEE), which is led by Brookhaven Lab, and used, among other methods, the Inner-Shell Spectroscopy (ISS) beamline at the National Synchrotron Light Source II (NSLS-II), a U.S. Department of Energy (DOE) Office of Science User Facility located at DOE’s Brookhaven National Laboratory. For more information on Brookhaven’s role in this research, contact Cara Laasch, 631-344-8458, laasch@bnl.gov.

Researchers Team up to get a Clearer Picture of Molten Salts

Molten salts, or salt melts, remain liquid across a range of temperatures and offer stable thermal and conductive properties for some of the hottest applications. They can fuel and cool nuclear reactors, power high-temperature batteries and store energy for concentrated solar power plants. An experiment decades ago demonstrated their potential to produce safe, efficient and affordable nuclear energy.

“There has been renewed interest in using molten salts to address current energy challenges, but we need a better fundamental understanding of salts and their interactions with structural materials to develop technologies around them,” said ORNL’s Vyacheslav Bryantsev. “By combining theory and experiment, we can create useful models that connect with the many physical properties engineers need to consider when they design molten salt systems.”

The team collaborated as part of a DOE Energy Frontier Research Center that investigates Molten Salts in Extreme Environments.

Results published in the Journal of the American Chemical Society provide elusive information about the structure and dynamics of molten salts and their interactions with the alloys used to contain them. 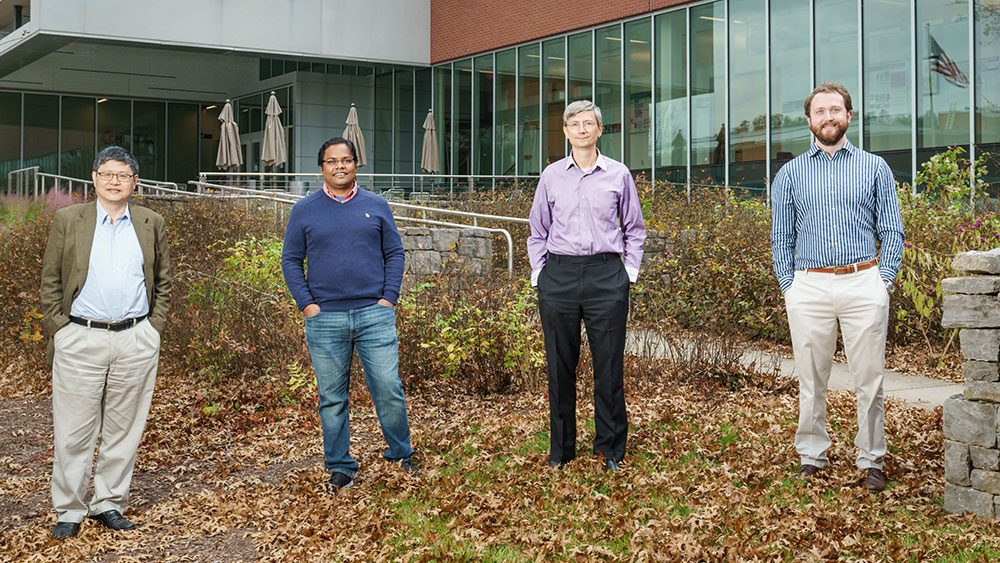 Corrosion is a known challenge for molten salts, but the process is not well understood because it is difficult to predict and probe experimentally. One reason is that molten salts are dynamic and changing, not only melting from a solid state to become liquid but also evolving with temperature and composition changes. Added to that complexity are corrosion products, such as nickel, chromium and other transition metals, that interact with salt mixtures in ways that are difficult to detect and interpret.

The study set out to observe traces of nickel in chloride-based molten salts, ZnCl2–KCl. Collaborators at Brookhaven used the Inner Shell Spectroscopy beamline at the National Synchrotron Light Source II to perform extended X-ray absorption fine structure spectroscopy, or EXAFS, a powerful technique that can single out specific elements to learn about their atomic structures. X-rays are sent through a sample and are absorbed by atoms. The irradiated atoms eject electrons that are scattered by the surrounding atoms or ions.

Researchers can measure the scattering patterns to create a picture of the coordination structures present, that is, the way atoms and molecules are arranged around a central metal ion. In this case, the goal was to understand how nickel ions bond with chloride in coordinated networks that may be present in different forms.

Researchers combined experiment and theory to model the structure and dynamics of nickel as a corrosion product in the molten salt environment. Credit: Santanu Roy/ORNL, U.S. Dept. of Energy

A conventional approach that fits EXAFS theory to experimental data can create an average picture of the structures present but fails to capture the complexity of the molten salt environment. Nickel interacts with chloride to form multiple structures, each with different coordination numbers, that coexist and evolve independently. A new approach is needed to account for diversity.

“We found that a conventional fitting method was inadequate to describe the coordination structure of nickel, which in turn made it difficult to interpret experimental data. You need an approach that can account for the highly disordered state of molten salts where elements appear in many different configurations simultaneously,” said Brookhaven National Laboratory scientists Simerjeet Gill and Anatoly Frenkel, who led the EXAFS data collection and analysis.

Researchers developed a method to identify multiple coordination states adopted by nickel – different configurations of nickel ions – and to quantify those populations, a feat that has not previously been possible. The new model was validated using optical absorption spectroscopy performed by team members at Idaho National Laboratory.

“Our first step was to understand how molten salt structural networks look at the atomic level and how nickel becomes a part of that network via chloride sharing. Typically, nickel and other cations (namely zinc) in the melt were found to share one or two chlorides between them in close-contact configurations,” said ORNL’s Santanu Roy. 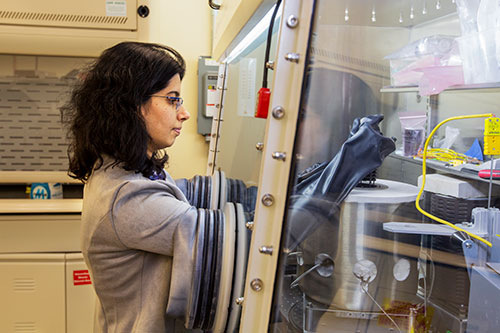 Once researchers determined which coordination structures were present, the next step was to understand why and how they form and evolve over time in the molten salt environment.

“We know the structures that form in molten salts are dynamic and sensitive to changes in temperature and composition, but we wanted to quantify that relationship,” said Roy. “The nickel–chloride networks continue to evolve through a process of chloride exchange. Chloride ions move and trade places with other chloride ions, and when that happens, the whole network might adopt a new structure.”

“These efforts combining theory and experiment make a significant leap in connecting fundamental insights to properties, such as ion solubility and transport, that could be optimized for specific applications,” said Bryantsev.

The journal article is published as “A Holistic Approach for Elucidating Local Structure, Dynamics, and Speciation in Molten Salts with High Structural Disorder.”

The work was sponsored by the DOE Office of Science as part of the Molten Salts in Extreme Environments Energy Frontier Research Center.

UT-Battelle manages ORNL for the Department of Energy’s Office of Science, the single largest supporter of basic research in the physical sciences in the United States. The Office of Science is working to address some of the most pressing challenges of our time. For more information, please visit energy.gov/science.