Lab to help evolve the standard for OpenMP, the most popularly used shared-memory parallel programming model 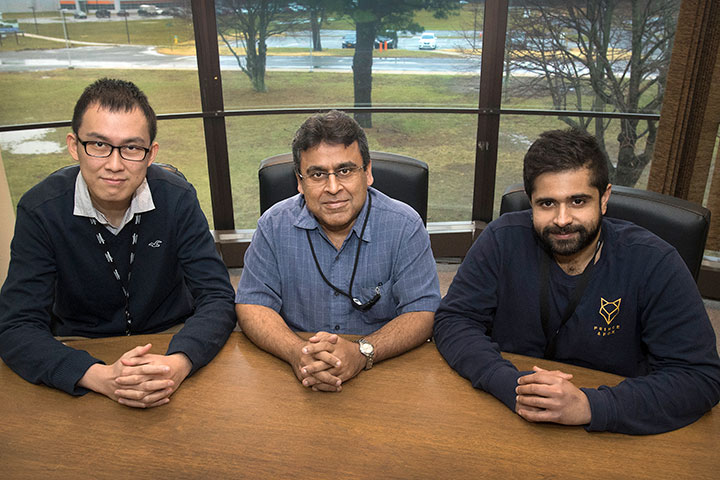 UPTON, NY—The U.S. Department of Energy’s (DOE) Brookhaven National Laboratory has joined the OpenMP (for Multi-Processing) Architecture Review Board (ARB). This nonprofit technology consortium manages the OpenMP application programming interface specification for parallel programming on shared-memory machines, in which any processor can access data stored in any part of the memory.

As part of this consortium of leading hardware and software vendors and research organizations, Brookhaven Lab will help shape one of the most widely used programming standards for high-performance computing—the combination of computing power from multiple processors working simultaneously to solve large and complex problems. Brookhaven’s participation in the OpenMP ARB is critical to ensuring the OpenMP standard supports scientific requirements for data analysis, modeling and simulation, and visualization.

“Advancing the frontiers of high-performance and data-intensive computing is central to Brookhaven’s mission in scientific discovery. Our membership in the OpenMP ARB recognizes the importance we place upon OpenMP for our science portfolio, both now and in the future,” said Robert Harrison, chief scientist of the Computational Science Initiative (CSI) at Brookhaven Lab and director of the Institute for Advanced Computational Science at Stony Brook University, which joined OpenMP ARB at the end of 2016.

Barbara Chapman, director of CSI’s Computer Science and Mathematics research team at Brookhaven and a professor of applied mathematics and statistics and of computer science at Stony Brook, led the initiative to join the OpenMP ARB. Chapman, whose research focuses on programming models for large-scale computing, has been involved with the evolution of OpenMP since 2001.

Abid Malik, a senior technology engineer on Chapman’s team, and research assistant Verinder Rana will represent Brookhaven during monthly meetings with the ARB. They plan to join several of the subgroups that focus on evolving specific aspects of the OpenMP programming model, including those for computational accelerators (such as graphics processing units, or GPUs), the C++ programming language, and memory management.

Each ARB member organization makes suggestions on how OpenMP should be evolved to meet their specific requirements. In turn, the vendors decide which suggestions to implement, depending on how relevant they are to a wide range of applications.