Day in and day out, instruments at the U.S. Department of Energy’s (DOE) Atmospheric Radiation Measurement (ARM) user facility are collecting long-term observations of atmospheric data, helping to improve our understanding of clouds and aerosols and their impacts on Earth’s climate. The observations come from ARM’s atmospheric observatories and field campaigns around the world, from the cold of the Arctic to the heat of the tropics, and from the open plains at the center of our nation to out on the high seas.

Equipped with systems of sophisticated radars, air-sampling tools, and standard weather instruments, these observatories gather a wide range—and massive amounts—of atmospheric data. But the raw data aren’t always in a form that atmospheric and climate scientists need. That’s where an exceptional team of ARM data engineers comes in. They develop and implement algorithms that convert the ARM measurements into digital information that is more readily usable by climate scientists around the world.

“Our job is mostly the programming needed to turn engineering units of data into scientific quantities that have real meaning in terms of what scientists are trying to study,” said senior applications engineer Karen Lee Johnson, who works with application engineers Tami Fairless and Meng Wang in the Environmental and Climate Sciences Department at DOE’s Brookhaven National Laboratory.

For instance, one instrument used at all of ARM’s fixed sites is the Ka-Band ARM Zenith Radar (KAZR), an upward-pointing microwave radar that transmits electromagnetic pulses. When a pulse hits a cloud droplet, for example, the droplet absorbs and re-radiates the pulse’s energy in all directions. The radar receiver detects the tiny fraction of power returned toward its point of origin, recording the power in units of milliwatts. To understand what those measurements mean, Johnson, Fairless, and Wang helped develop the Active Remote Sensing of CLouds (ARSCL) product. ARSCL is a collection of algorithms that translates the returned power into measurements such as the number of cloud layers, the distance to the bases and tops of clouds, and the motions of particles within clouds.

This product provides an important translation between the instrumental measurements and the physical properties needed for scientific analysis—such as the overall quantity of water in an observed cloud, the spread of liquid or ice droplet sizes within each cloud, and the vertical motion of cloud droplets—all of which can improve our understanding of how clouds form and change over time and allow us to better understand their impacts on climate. 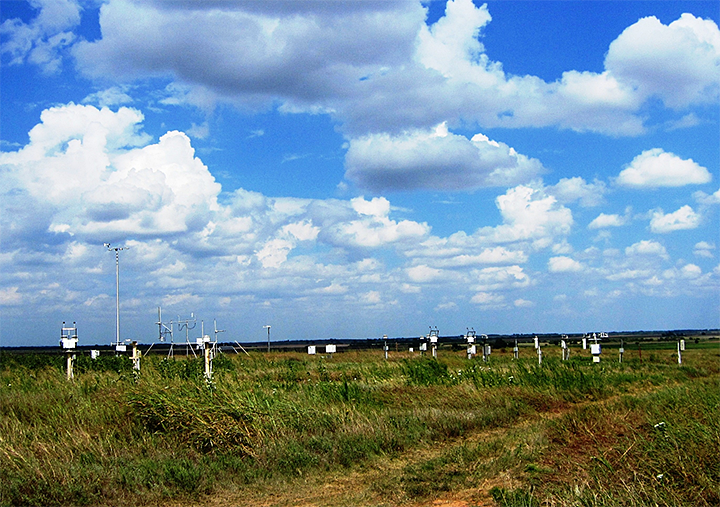 “It's a rare person who can understand the esoteric quantities that a lot of these instruments measure and use them in raw form. It’s really useless to most scientists, and understandably,” Johnson said. “So, our job is to help bridge that gap.”

The analysis of these and many other geophysical properties helps scientists improve climate models and their ability to predict Earth’s climate and model environmental systems—essential knowledge for guiding the development of sustainable solutions to the nation’s energy and environmental challenges.

As part of the Cloud Processes Group at Brookhaven, the three have done that by improving how those models deal with the processes that affect the life cycle of clouds, such as the formation of clouds triggered by aerosols, tiny particles suspended in the atmosphere.

“Clouds are one of the greatest uncertainties right now in climate models,” Fairless said. “Especially clouds like shallow cumulus clouds, clouds that you don’t think about much.”

Clouds can have a large impact on solar radiation—by reflecting sunlight or trapping heat, for example. But current models can’t simulate them well, Johnson added. “They can act as a blanket and keep the heat in, or keep solar radiation from getting to the ground,” Johnson said.

To unravel the uncertainties in clouds, the team has developed additional data analysis tools that translate measurements into information about the types of cloud particles, such as liquid or ice, as well as their distribution and size. These and other algorithms and models help scientists understand how the microphysical properties of clouds affect that solar energy balance (trapping vs. reflecting heat), as well as clouds’ overall effects on climate.

Performing ARM measurements in many places and over a long period of time allows scientists to get away from idealized case studies and instead investigate the wide range of conditions that occur in the real world.

ARM deployed its first research site, the Southern Great Plains (SGP) atmospheric observatory, in 1992, and it is still running as the largest climate research field site in the world. It has seven radar sites and more than 20 instrument clusters arrayed across 9,000 square miles in Oklahoma and Kansas. 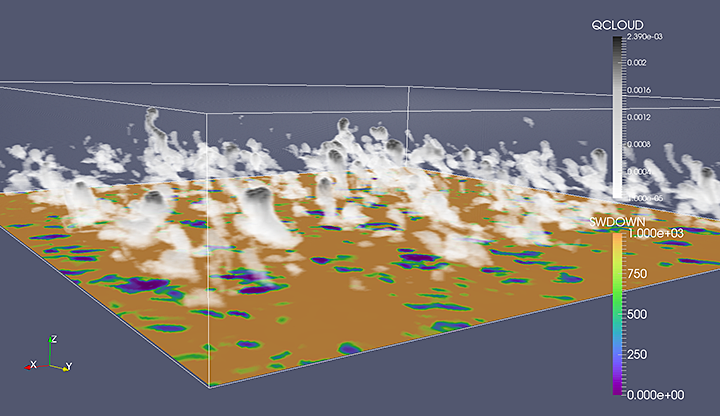 Brookhaven’s Fairless helped develop a project that allows scientists to more easily take visual data from the SGP and compare it to large-eddy simulation (LES) models. LES models can explicitly simulate detailed atmospheric flows at the cloud scale. This ARM project, called LES ARM Symbiotic Simulation and Observation (LASSO), routinely creates model simulations that capture the development of shallow cumulus clouds at the SGP based on daily measurements. The simulations go into a library that scientists can access to evaluate their models with diagnostics such as cloud height, water vapor, and temperature. The concept is to help scientists connect point measurements at the SGP to larger scales of modeling the atmosphere.

Creating a climate for collaboration

For a long time, this group of engineers worked on separate projects and had little interaction. But they realized there was a lot to gain by leveraging one another’s knowledge and skills. Such collaboration is especially beneficial in a field such as software development, which advances quite rapidly. By developing more collaborative practices and involving additional engineers, they now discuss projects and solve problems together.

“It’s made working here more fun,” Johnson said. “We share what we’re working on and help each other. It’s truly made a better atmosphere.”

“This has been a great experience for building my confidence as a woman in STEM, with the help of other women in STEM,” Wang said, using the common acronym for the combined fields of science, technology, engineering, and mathematics. “That's a big benefit for me, and a big thing that I like in this group and at Brookhaven.”

“We’re more transparent,” said Fairless. “If you don’t know something, sometimes another engineer who does a great job doesn’t know it either.” That recognition makes each team member feel like less of an “imposter” among the group of smart scientists—a common feeling for all kinds of people working in challenging fields. The transparency and mutual understanding also set the stage for team members to help one another learn.

The three women also help one another with the balancing act of being programmers and mothers.

“We support each other with all the compromises, trade-offs, and balancing,” Johnson said. “Working here with other bright, interesting women—who we’re so fortunate to have—lets me be more authentic, and is helping me be more productive.” 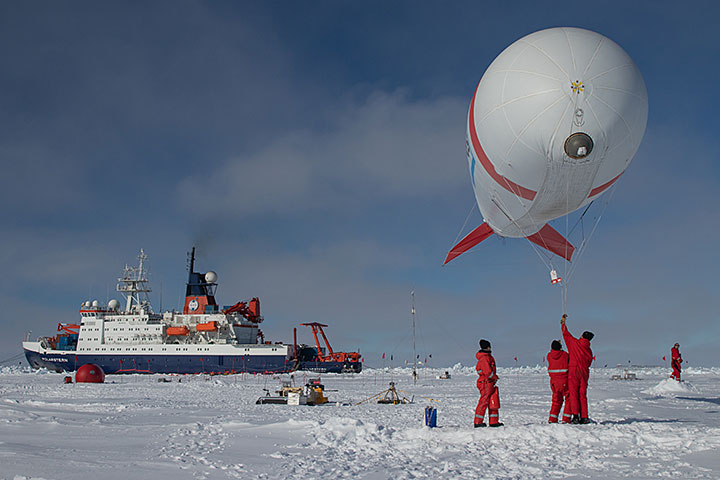 Brookhaven's atmospheric data engineers will help translate measurements collected by ARM instruments onboard the icebreaker RV Polarstern into information climate scientists can use to learn about the Arctic climate. Credit: Alfred Wegener Institute, Helmholtz Centre for Polar and Marine Research

One future project the group is excited about is developing products based on data coming in from the Multidisciplinary Drifting Observatory for the Study of Arctic Climate (MOSAiC) expedition. As part of the study, ARM has instruments installed aboard an icebreaker that is frozen into—and drifting with—Arctic sea ice for a full year. Instruments aboard the ship and set in the ice are making measurements in the atmosphere, sea ice, upper ocean, and biosphere.

“We will be developing the programs that translate those measurements into accessible datasets that scientists can get their hands on to start analyzing,” Johnson said. “That’s one of the exciting things for me in this job: seeing new data coming in from new sites that no scientists have seen before. We turn that data from instrumental measurements to geophysical quantities scientists can analyze.”

Brookhaven’s atmospheric research and ARM are supported by the DOE Office of Science.