Searching for the Holy Grail of Higgs Physics

Physicists at the ATLAS experiment are beginning to search for a rare Higgs boson process, called pair production, that could shed light on a missing piece of the universe's particle puzzle 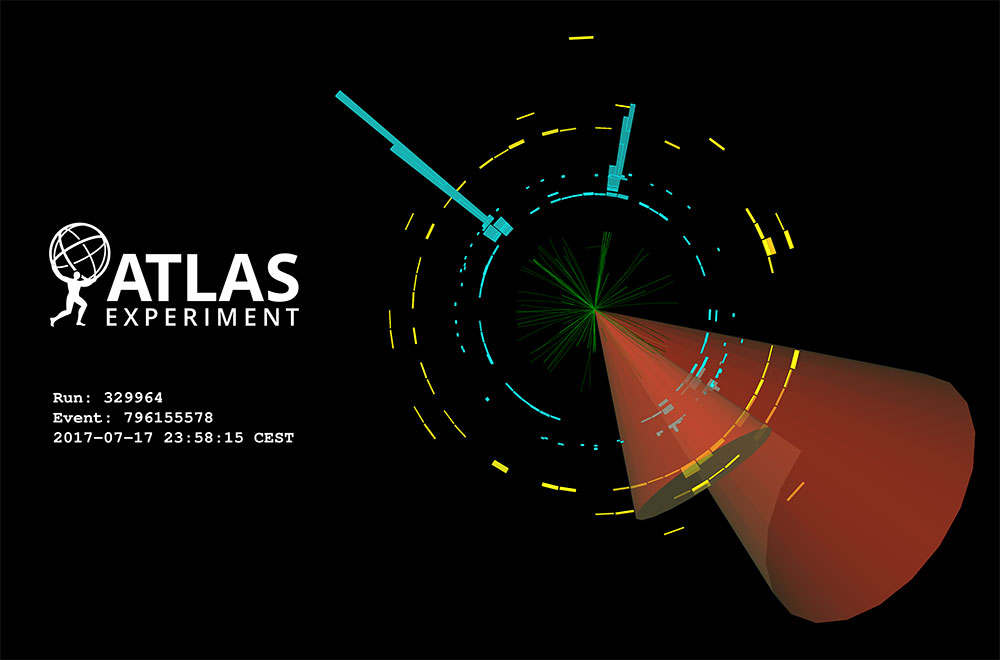 In pursuit of a greater understanding of how the universe works, particle physicists at the ATLAS Experiment—one of the four major experiments at CERN’s Large Hadron Collider (LHC)—are on the hunt for a rare process called Higgs boson pair production. They’re seeking to understand whether the Higgs boson can couple to itself and how strong that “self-coupling” is.

Following the discovery of the Higgs boson in 2012, researchers have been working to measure as many properties of this all-important particle as possible. The Higgs boson gives mass to all other elementary particles through their interactions with the Higgs field, a field of energy that exists throughout the universe.

“The Higgs field exists everywhere in space, unlike other particles that only exist somewhere specific, and its precise character tells us about the stability of the universe,” said Elizabeth Brost, a physicist at the U.S. Department of Energy’s (DOE) Brookhaven National Laboratory who is stationed at CERN. Researchers from Brookhaven Lab play multiple roles in ATLAS, from construction and project management to handling the data storage, distribution, and analysis for the experiment. “We know the universe is currently stable because, we’re here!” she said. “But if the Higgs self-coupling differs from the Standard Model prediction, then the universe might transition into an energy state where the laws of physics are very different, possibly leading to the end of the universe as we know it—but not anytime soon.” 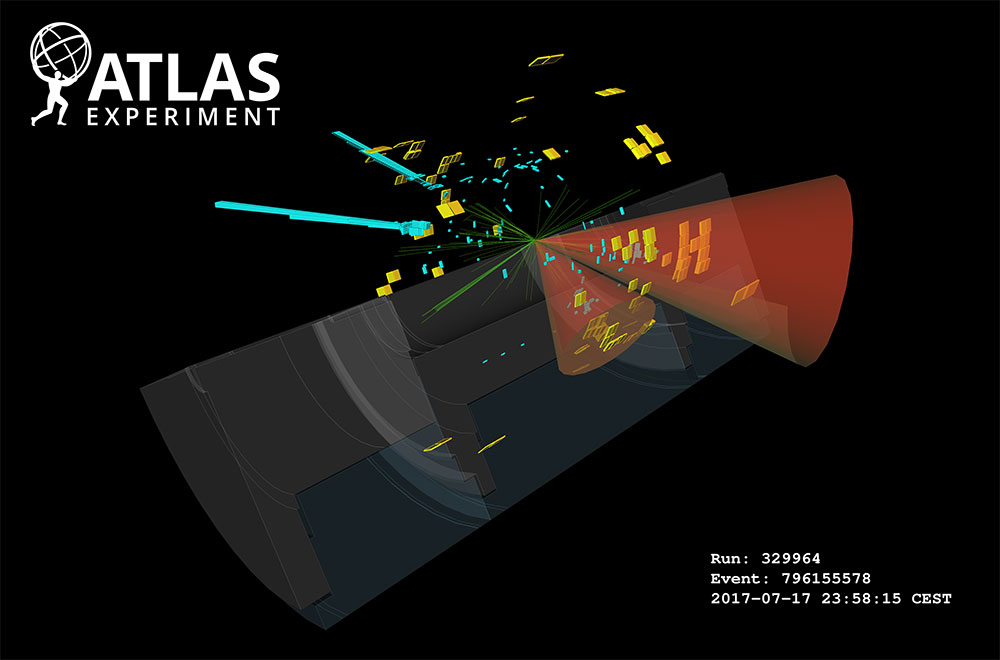 “Measuring the Higgs self-coupling is the holy grail of Higgs physics; it is the missing piece of the puzzle,” Brost said. “Being able to measure this coupling will give us one of the key parameters for the shape of the potential energy of the Higgs field, and that will tell us if we correctly understand why the universe exists as it currently does.” 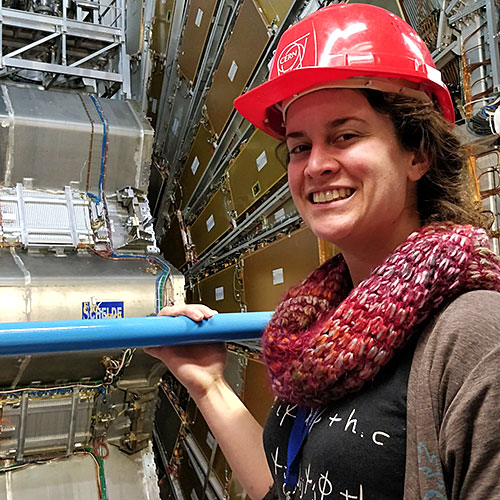 Compared to certain other Higgs boson properties that have already been measured, like its mass or coupling with other Standard Model particles, the Higgs self-coupling is far more challenging to observe. The production of a single Higgs boson, which is a rare event on its own, is about 1,000 times more common than the production of Higgs pairs.

“Assuming the strength of Higgs self-coupling meets Standard Model predictions, we’re not going to get to the point where we can actually measure it for, probably, another 20 years,” Brost said. “The first thing we need is the HL-LHC.”

The High-Luminosity Large Hadron Collider (HL-LHC) is a major upgrade underway at the LHC. The goal is to substantially increase the LHC’s luminosity, which determines the number of collisions, so that scientists can collect far more data in a shorter amount of time, observe very rare processes, and make new discoveries about the particles that make up the cosmos. Brookhaven Lab is providing major contributions to the HL-LHC upgrade, including the development of next-generation superconducting magnets for the collider, new particle tracking and signal readout systems for the ATLAS experiment, and increases in computing capacity devoted to analyzing and sharing that data with scientists from around the world.

“The HL-LHC will provide a huge dataset for studying the Higgs boson’s self-coupling—20 times more data than what we currently have,” Brost said. 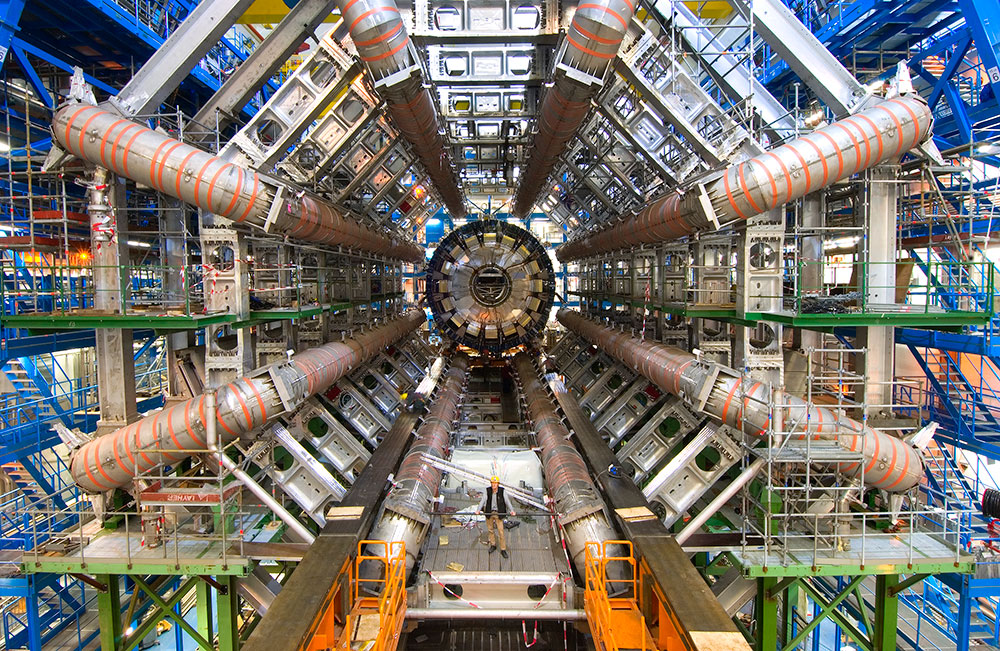 In the meantime, Brost and her colleagues from the international ATLAS collaboration are refining the techniques for finding these rare events. The first step: use tried-and-true techniques from current Higgs measurements. Physicists already know a Higgs boson can decay into two photons (particles of light) or two bottom quarks, another elementary particle. So, searching for an event with both sets of decay products may lead to a Higgs pair, where one Higgs decayed to a pair of photons and the other decayed to a pair of bottom quarks.

“Searching for Higgs pair production in events with two photons and two bottom quarks is advantageous because they play off each other,” Brost said. “While Higgs decaying into photons is a rare process, the ATLAS detector was specifically designed to make precise measurements of photons. On the other hand, Higgs decaying into bottom quarks is a more common process, but it’s much harder to measure.”

If the Higgs self-coupling differs from the Standard Model prediction, then the universe might transition into an energy state where the laws of physics are very different

Once physicists identify events that have two photons and two bottom quarks, they then can reconstruct the events’ properties of interest, such as the Higgs mass, and compare their experimental data to theorists’ predictions based on the Standard Model. If there’s a match, research continues. If there’s a discrepancy, it would provide hints towards new physics.

So while there may be quite some time before physicists can measure the Higgs self-coupling, Brost said the progress is accelerating. In their latest result, the team achieved the world's best constraints on the value of Higgs self-coupling, which were between -1.5 and 6.7 times the value predicted by the Standard Model. Researchers also set limits on how often pairs of Higgs bosons are produced at 4.1 times the Standard Model prediction.

“If self-coupling behaves differently than the Standard Model predicts, we’re more likely to see it even sooner,” she said.

Only time, and more data, will tell.

Participation by Brookhaven researchers in the ATLAS experiment is supported by DOE’s Office of Science.