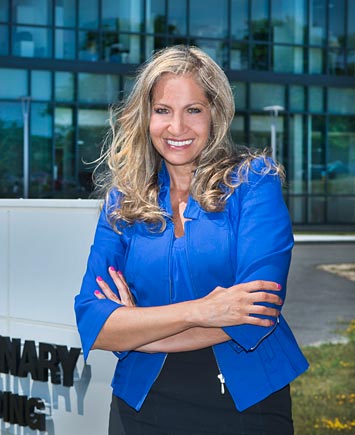 Peggy Caradonna of the Modernization Project Office successfully led the Interdisciplinary Science Building (ISB) project through the U.S. Department of Energy's critical decision process and delivered an energy-efficient, environmentally sustainable, LEED Gold-certified facility ahead of schedule and under budget.

As the ISB project manager, Peggy formulated goals, set priorities, assessed and mitigated risks, and leveraged resources to maintain Brookhaven's reputation for managing large projects. She addressed unexpected staffing issues taking on roles in addition to her regular responsibilities. She was instrumental in procuring and integrating project management software, tools, and staff to meet critical milestones when contracting out these services would have delayed the project and cost the Lab hundreds of thousands of dollars.

Peggy worked closely with scientific staff and contractors, managing changes seamlessly with little or no impact to schedule or costs. Thanks to her efforts, the principle investigators' expectations were exceeded for the facility's dry room for developing new battery materials and its ultra-low vibration chamber for exploring materials' electronic structure at the atomic scale.

Peggy routinely exhibits exemplary leadership skills, and her knowledge, perseverance, professionalism, and project management skills are an asset to the Laboratory. 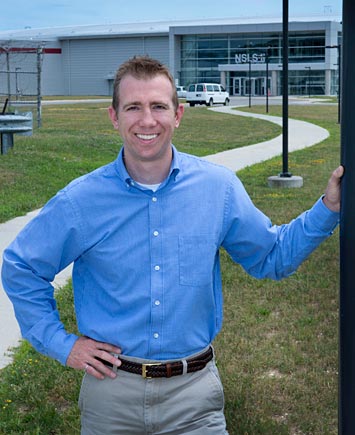 In 2011, Gregory Fries was assigned to organize, oversee, and direct the installation of the NSLS-II accelerator. This was a long and challenging assignment that has now come to a successful conclusion. The work included installation of complex accelerator subsystems and components that need to be aligned with micron precision. The success depended on flawless coordination of a workforce of up to 300 staff.

All in all, the installation of the NSLS-II accelerators constitutes a very demanding engineering task that requires a very broad range of technical skills and knowledge as well as organizational talent and, last but not least, the ability to turn a large number of individuals into a working team. 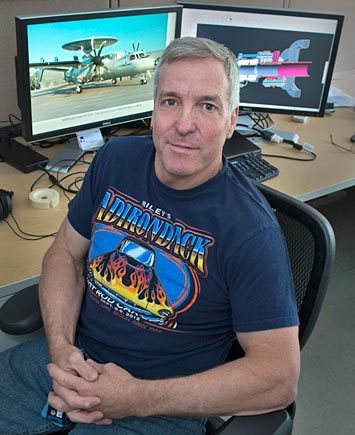 During 17 years of service, Jonathan Hock has consistently applied his design, engineering, computer analysis, and organizational skills to support many challenging accelerator systems projects in the Lab’s Collider-Accelerator Department. We are honoring Jon with an Engineering Award for his diverse, extensive experience and his leadership role in engineering projects in support of the Alternating Gradient Synchrotron (AGS), Booster Accumulator Accelerator, Brookhaven Linear Isotope Producer (BLIP), and Relativistic Heavy Ion Collider (RHIC).

Jon is a strong hands-on engineer and project manager, and he has developed exceptional skills in 3D modeling and finite element analysis programs that have been essential to the success of these accelerators. Most recently he analyzed, designed, fabricated, and installed the entire range of equipment needed to generate and align an electron beam with RHIC’s proton beams to keep the protons tightly focused and maximize collision rates.

Jon’s contributions have saved the Laboratory money, helped keep his coworkers safe, and at BLIP, have contributed to the cost-effective production of isotopes for medical research and treatments. This award recognizes his longterm record of achievement, coordination of many projects, consistent support for safe operations, and enthusiasm and dedication to his work. 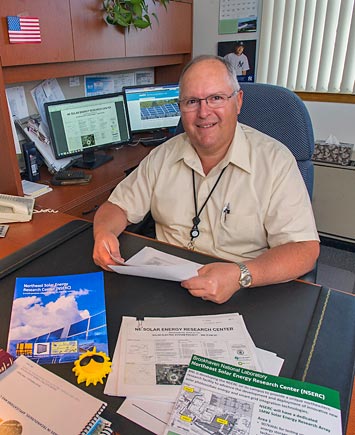 Through Bob Lofaro’s leadership, the Laboratory has substantially expanded capabilities in solar energy research and development.

Bob coordinated the Lab’s efforts at the Long Island Solar Farm through a multi-disciplinary team across departments and directorates. More importantly, he supervised the design, development, and construction of the Northeast Solar Energy Research Center (NSERC). Bob has worked on the NSERC since its inception, serving as lead engineer. He worked closely with BP Solar, Blue Oak Energy, and the Lab's Energy Management, Modernization Project Office, and Procurement teams.

More recently, Bob successfully pursued additional support for expanding the test array, as well as for the first field tests at NSERC. Through his leadership, Brookhaven is now home to the largest and most complex solar test array in the country, placing the Laboratory at the forefront of research in smarter electric grids, grid resiliency, and renewables integration.

Meet the others recognized during the 2014 employee awards ceremony.