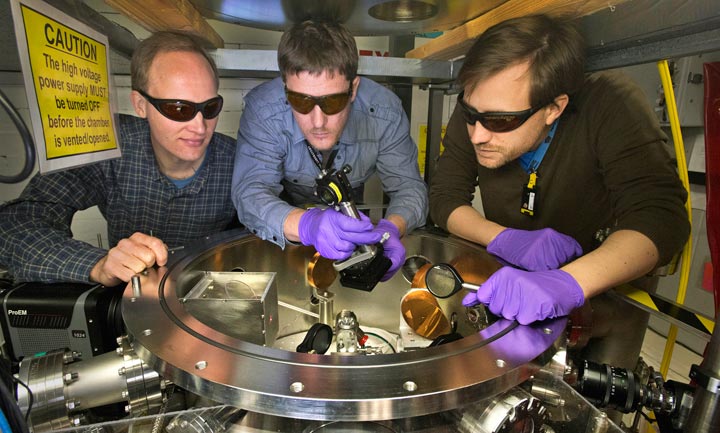 "This designation recognizes the ATF's past performance, current excellence, and future importance to the Office of Science and our international community of scientific users from industry, academia, and other major laboratories.”

“This designation recognizes the ATF's past performance, current excellence, and future importance to the Office of Science and our international community of scientific users from industry, academia, and other major laboratories,” said Ilan Ben-Zvi, head of the Accelerator Research & Development Division of Brookhaven’s Collider-Accelerator Department. “We are honored and excited to continue our work at Brookhaven Lab, where accelerator science and technology has always played a key role.”

The ATF joins the ranks of Brookhaven’s other major Office of Science User Facilities—the Relativistic Heavy Ion Collider, the National Synchrotron Light Source II, and the Center for Functional Nanomaterials—all of which tailor their distinct capabilities and expertise to the needs of users. These facilities are all accessed through a peer-reviewed proposal process and are free to users conducting non-proprietary, open research.

ATF operations are funded through the Accelerator Stewardship subprogram of the DOE Office of Science’s High Energy Physics Program.

Designing the next generation of particle accelerators

“We are a user-driven facility dedicated to meeting diverse and ever-changing experimental ideas,” said ATF Director Igor Pogorelsky. “Scientists come here to study and develop new principles and techniques for particle accelerators and radiation sources using a combination of high-power lasers and conventional electron accelerators. This fundamental R&D lays the foundation for the future of accelerator science, and it is always challenging and rewarding work.”

Added Pogorelsky, “We can take an experiment from proposal to realization in the matter of a few weeks. We manipulate the beams’ parameters and introduce new scientific hardware to fit the specific needs of our users.”

The ATF has a proven track record in pioneering accelerator science for advanced concepts such as plasma and dielectric wakefield acceleration (where particles ride waves produced by electrons and laser pulses), laser accelerators, and proton and ion acceleration for cancer therapy.

“We offer the world’s only user-accessible, high-power CO2 laser, and have blazed trails in the fields of laser acceleration, photocathode electron sources, and free electron lasers,” said ATF Operations Coordinator Mikhail Fedurin. “That work led to the development of essential technology inside facilities such as the Linac Coherent Light Source at SLAC National Accelerator Laboratory.”

Recent users and experiments include:

The ATF also maintains an ongoing commitment to educating and inspiring the next generation of accelerator scientists. The ATF hosts classes as part of the Center for Accelerator Science and Education (CASE) a joint venture between Stony Brook University and Brookhaven Lab. Graduate students visit ATF facilities regularly to learn the fundamentals of beam physics through actual experimental investigation. More than 37 students have completed their PhD theses based on work performed at the ATF.

In step with this new designation, the ATF is undergoing major upgrades to accommodate more users and a greater range of experiments. These upgrades, dubbed ATF-II, include relocating to a larger building, constructing additional experimental beam lines, and radically increasing the energy and versatility of the ATF laser and electron beams. 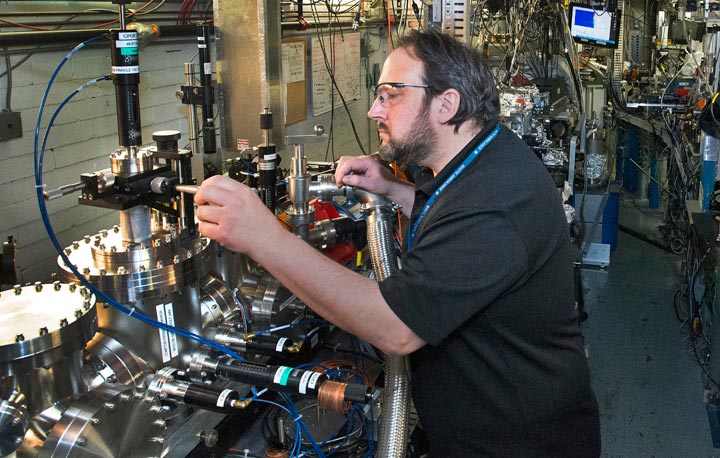 The ATF-II upgrade will unfold in two stages. The first phase, already underway, involves moving to a larger building on the Brookhaven campus to accommodate at least five planned beam lines.

“Completion of stage one will open three spacious experimental halls to our users and provide a 100-MeV electron beam in femtosecond pulses,” Ben-Zvi said. “At the same time, we will also be upgrading our CO2 laser to 100 terawatts, which will be unparalleled in the world.”

Stage one is scheduled for completion in 2018, but the first users will begin experiments later this year. The ATF-II upgrades, like ATF operations, are partly funded by the Office of Science’s Accelerator Stewardship program. The CO2 laser upgrade—the Brookhaven Experimental Supra-Terawatt Infrared at ATF (BESTIA)—is funded by Brookhaven’s Program Development program. The Laboratory is also making substantial upgrades to the building that will house the ATF-II. In addition, ATF-II will make extensive use of repurposed equipment from Brookhaven’s now-retired National Synchrotron Light Source and Source Development Laboratory, and the Bates Accelerator Laboratory at MIT.

The second stage of ATF-II, not yet approved, would focus on increasing the electron beam energy to 500 MeV. This compact, powerful beam would open new experimental landscapes, including research into ultra-high-gradient structure-based accelerators, plasma-based accelerators, and beam-produced radiation such as Compton-generated gamma rays.

“We support DOE’s mission of solving the world most challenging problems, and we offer a singular service to scientists eager to push the fundamental limits of technology,” Ben-Zvi said. “Now, as an Office of Science User Facility undergoing major upgrades, the future at ATF has never been brighter.”