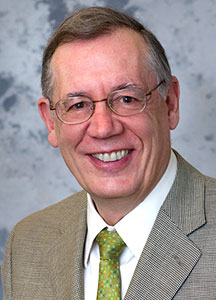 This message is my last one as CFN Director or, rather, my first as Director of BNL’s Energy Science and Technology Department, which includes the CFN. As I informed you four weeks ago, Chuck Black is the new CFN Director, and, as such, he will communicate regularly with you through this newsletter, town meetings, and the annual Users’ Meeting, and, as occasions arise, directly via email.

As I look at the CFN from the perspective of my new position, I appreciate its value to BNL and to the scientific community even more so than I did two months ago when I assumed this position. Whether it is the in-house science program or the support of the user community, the culture of excellence at CFN is unparalleled. Its facilities remain state of the art and are operated and maintained with extreme care. CFN’s scientific and support staff are committed to our mission and work as a team to make the CFN the best user-oriented nanocenter in the world.  Finally, you, the users, are the glue of the Center, bringing us challenging scientific projects that stimulate our creativity and keep us on our toes.

The impact is apparent: the annual number of CFN users is approaching 500, and the number of publications arising from work carried out at the CFN reached 242 in 2014.  Approximately 50 percent of those publications describe research that involved collaborations between users and staff, and more than one-third were published in high-impact journals, such as Angewandte Chemie, Journal of the American Chemical Society, Nano Letters, Nature, Physical Review Letters, Proceedings of the National Academy of Sciences, and Science. Not only do users and staff publish in top journals, but most importantly, their work also has a very large impact within the scientific community, as evidenced by their publications being cited more than 22,000 times since 2007.

The present is great, and the future appears bright. But for the CFN to reach its full potential, we need you, the users. We need your projects, which are the drivers of the Center and its ultimate justification, and your engagement—your needs and ideas—to make the CFN even better. After all, this is your Center for Functional Nanomaterials. With its outstanding staff, your enthusiastic involvement, and Chuck at the helm, the CFN will reach new heights of user satisfaction, scientific productivity, and societal value.

—Emilio Mendez
Parting Director of the Center for Nanomaterials