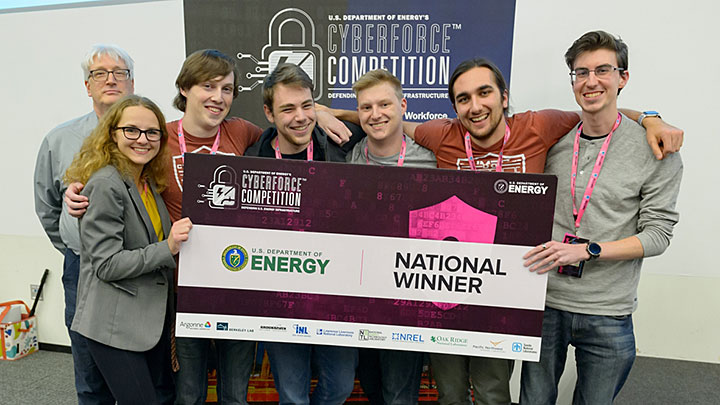 The University of Maryland, Baltimore County (UMBC), is the national winner of the 2019 CyberForce Competition. Brookhaven Lab hosted the UMBC team at last year's competition, where they placed first locally.

Today, the U.S. Department of Energy (DOE) announced the team from University of Maryland, Baltimore County as the national winner of DOE’s 2019 CyberForce Competition™. CyberForce 2019 is DOE’s fifth iteration of its cyber defense competition, designed to inspire and develop the next generation of energy sector cybersecurity professionals.

“CyberForce brings together our nation’s brightest students to protect against tomorrow’s threats, a uniquely American approach to problem solving,” said Secretary of Energy Rick Perry. “These competitions identify and honor tomorrow’s cybersecurity experts to encourage their continued work in a vital field. Congratulations to this year’s winners and thank you to all the bright students who participated.”

This year, DOE also hosted a CyberForce Competition Professional Pilot at Argonne National Laboratory to coincide with the collegiate competition, in which a team of experienced cyber defenders tested their cyber prowess in a similar cyber-defense simulation.

This year’s competition challenged teams with not only defending one of four system scenarios—an energy company’s solar generation facility, electric substation, data center, or manufacturing plant—but communicating with the other three infrastructures to monitor and maintain the integrity of the system as a whole.  The “adversarial” attacks were executed by experts from the National Labs, the private sector, and the National Guard. Simulated industrial control system components, real-world anomalies and constraints, and interaction with users of the systems added further realism for participating teams.

“Every year, the CyberForce Competition attracts more and more talented students,” said Karen S. Evans, Assistant Secretary for Cybersecurity, Energy Security, and Emergency Response, “and with the expansion to address professional recruitment, the competition will only continue to grow. We envision this competition to be a tool to assist our sector to close skills gaps and shortages of cybersecurity experts.” 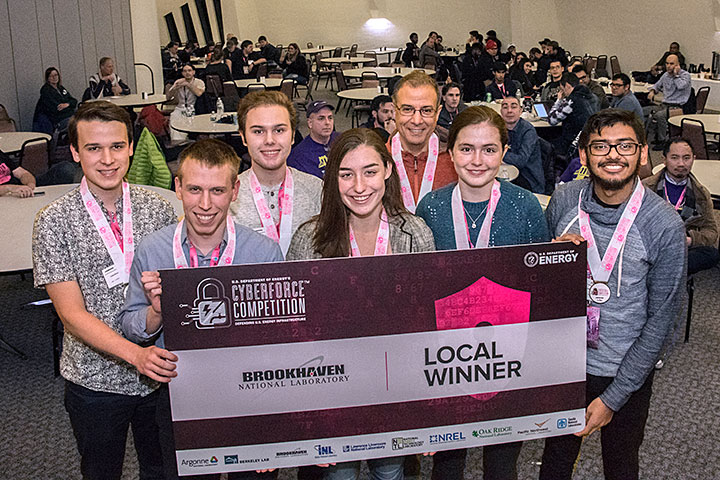