Connecting the Dots Between Material Properties and Qubit Performance 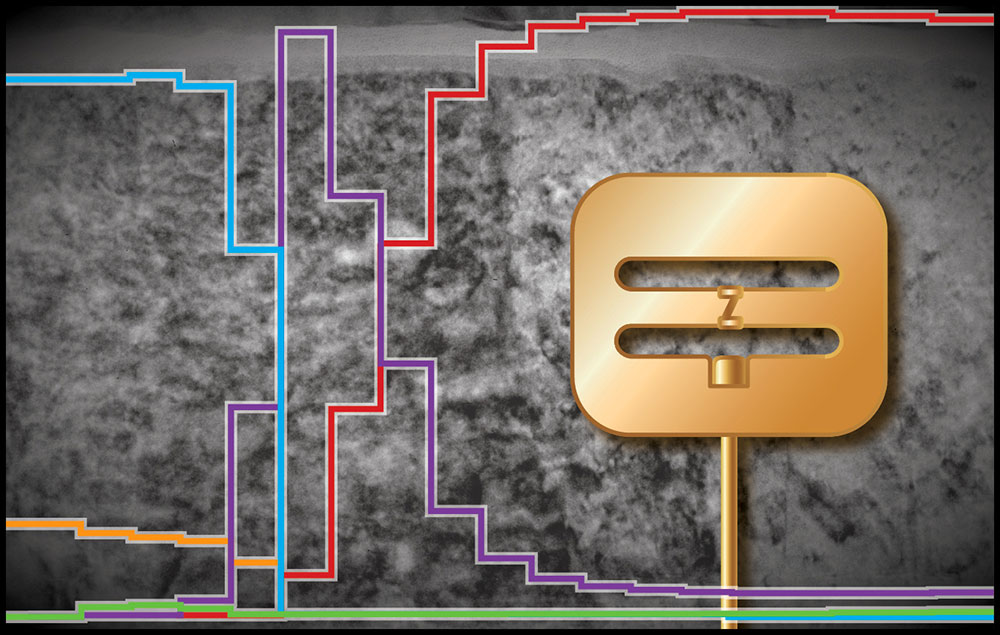 Scientists performed transmission electron microscopy and x-ray photoelectron spectroscopy (XPS) at Brookhaven Lab's Center for Functional Nanomaterials and National Synchrotron Light Source II to characterize the properties of niobium thin films made into superconducting qubit devices at Princeton University. A transmission electron microscope image of one of these films is shown in the background; overlaid on this image are XPS spectra (colored lines representing the relative concentrations of niobium metal and various niobium oxides as a function of film depth) and an illustration of a qubit device. Through these and other microscopy and spectroscopy studies, the team identified atomic-scale structural and surface chemistry defects that may be causing loss of quantum information—a hurdle to enabling practical quantum computers.

UPTON, NY—Engineers and materials scientists studying superconducting quantum information bits (qubits)—a leading quantum computing material platform based on the frictionless flow of paired electrons—have collected clues hinting at the microscopic sources of qubit information loss. This loss is one of the major obstacles in realizing quantum computers capable of stringing together millions of qubits to run demanding computations. Such large-scale, fault-tolerant systems could simulate complicated molecules for drug development, accelerate the discovery of new materials for clean energy, and perform other tasks that would be impossible or take an impractical amount of time (millions of years) for today’s most powerful supercomputers.

An understanding of the nature of atomic-scale defects that contribute to qubit information loss is still largely lacking. The team helped bridge this gap between material properties and qubit performance by using state-of-the-art characterization capabilities at the Center for Functional Nanomaterials (CFN) and National Synchrotron Light Source II (NSLS-II), both U.S. Department of Energy (DOE) Office of Science User Facilities at Brookhaven National Laboratory. Their results pinpointed structural and surface chemistry defects in superconducting niobium qubits that may be causing loss. 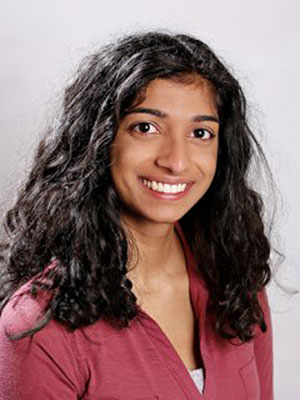 “Superconducting qubits are a promising quantum computing platform because we can engineer their properties and make them using the same tools used to make regular computers,” said Anjali Premkumar, a fourth-year graduate student in the Houck Lab at Princeton University and first author on the Communications Materials paper describing the research. “However, they have shorter coherence times than other platforms.”

In other words, they can’t hold onto information very long before they lose it. Though coherence times have recently improved from microseconds to milliseconds for single qubits, these times significantly decrease when multiple qubits are strung together.

“Qubit coherence is limited by the quality of the superconductors and the oxides that will inevitably grow on them as the metal comes into contact with oxygen in the air,” continued Premkumar. “But, as qubit engineers, we haven’t characterized our materials in great depth. Here, for the first time, we collaborated with materials experts who can carefully look at the structure and chemistry of our materials with sophisticated tools.”

This collaboration was a “prequel” to the Co-design Center for Quantum Advantage (C2QA), one of five National Quantum Information Science Centers established in 2020 in support of the National Quantum Initiative. Led by Brookhaven Lab, C2QA brings together hardware and software engineers, physicists, materials scientists, theorists, and other experts across national labs, universities, and industry to resolve performance issues with quantum hardware and software. Through materials, devices, and software co-design efforts, the C2QA team seeks to understand and ultimately control material properties to extend coherence times, design devices to generate more robust qubits, optimize algorithms to target specific scientific applications, and develop error-correction solutions. 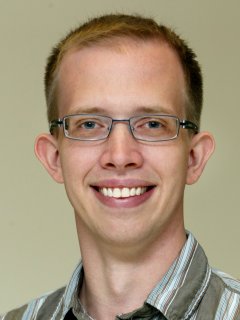 In this study, the team fabricated thin films of niobium metal through three different sputtering techniques. In sputtering, energetic particles are fired at a target containing the desired material; atoms are ejected from the target material and land on a nearby substrate. Members of the Houck Lab performed standard (direct current) sputtering, while Angstrom Engineering applied a new form of sputtering they specialize in (high-power impulse magnetron sputtering, or HiPIMS), where the target is struck with short bursts of high-voltage energy. Angstrom carried out two variations of HiPIMS: normal and with an optimized power and target-substrate geometry.

Back at Princeton, Premkumar made “transmon” qubit devices from the three sputtered films and placed them in a dilution refrigerator. Inside this refrigerator, temperatures can plunge to near absolute zero (minus 459.67 degrees Fahrenheit), turning qubits superconducting. In these devices, superconducting pairs of electrons tunnel across an insulating barrier of aluminum oxide (Josephson junction) sandwiched between superconducting aluminum layers, which are coupled to capacitor pads of niobium on sapphire. The qubit state changes as the electron pairs go from one side of the barrier to the other. Transmon qubits, co-invented by Houck Lab principal investigator and C2QA Director Andrew Houck, are a leading kind of superconducting qubit because they are highly insensitive to fluctuations in electric and magnetic fields in the surrounding environment; such fluctuations can cause qubit information loss.

For each of the three device types, Premkumar measured the energy relaxation time, a quantity related to the robustness of the qubit state.

“The energy relaxation time corresponds to how long the qubit stays in the first excited state and encodes information before it decays to the ground state and loses its information,” explained Ignace Jarrige, formerly a physicist at NSLS-II and now a quantum research scientist at Amazon, who led the Brookhaven team for this study. 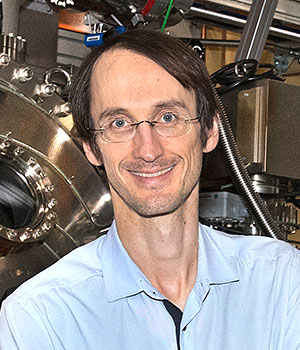 Each device had different relaxation times. To understand these differences, the team performed microscopy and spectroscopy at the CFN and NSLS-II.

NSLS-II beamline scientists determined the oxidation states of niobium through x-ray photoemission spectroscopy with soft x-rays at the In situ and Operando Soft X-ray Spectroscopy (IOS) beamline and hard x-rays at the Spectroscopy Soft and Tender (SST-2) beamline. Through these spectroscopy studies, they identified various suboxides located between the metal and the surface oxide layer and containing a smaller amount of oxygen relative to niobium.

“We needed the high energy resolution at NSLS-II to distinguish the five different oxidation states of niobium and both hard and soft x-rays, which have different energy levels, to profile these states as a function of depth,” explained Jarrige. “Photoelectrons generated by soft x-rays only escape from the first few nanometers of the surface, while those generated by hard x-rays can escape from deeper in the films.”

At the CFN, the team visualized film morphology using transmission electron microscopy and atomic force microscopy, and characterized the local chemical makeup near the film surface through electron energy-loss spectroscopy. 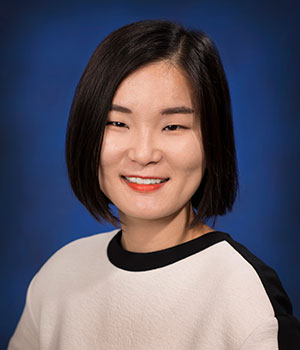 “The microscope images showed grains—pieces of individual crystals with atoms arranged in the same orientation—sized larger or smaller depending on the sputtering technique,” explained coauthor Sooyeon Hwang, a staff scientist in the CFN Electron Microscopy Group. “The smaller the grains, the more grain boundaries, or interfaces where different crystal orientations meet. According to the electron energy-loss spectra, one film had not just oxides on the surface but also in the film itself, with oxygen diffused into the grain boundaries.”

Their experimental findings at the CFN and NSLS-II revealed correlations between qubit relaxation times and the number and width of grain boundaries and concentration of suboxides near the surface.

“Grain boundaries are defects that can dissipate energy, so having too many of them can affect electron transport and thus the ability of qubits to perform computations,” said Premkumar. “Oxide quality is another potentially important parameter. Suboxides are bad because electrons are not happily paired together.”

Going forward, the team will continue their partnership to understand qubit coherence through C2QA. One research direction is to explore whether relaxation times can be improved by optimizing fabrication processes to generate films with larger grain sizes (i.e., minimal grain boundaries) and a single oxidation state. They will also explore other superconductors, including tantalum, whose surface oxides are known to be more chemically uniform.

“From this study, we now have a blueprint for how scientists who make qubits and scientists who characterize them can collaborate to understand the microscopic mechanisms limiting qubit performance,” said Premkumar. “We hope other groups will leverage our collaborative approach to drive the field of superconducting qubits forward.”

This work was supported by the DOE Office of Science, National Science Foundation Graduate Research Fellowship, Humboldt Foundation, National Defense Science and Engineering Graduate Fellowship, Materials Research Science and Engineering Center, and Army Research Office. This research used resources of the Electron Microscopy, Proximal Probes, and Theory and Computation Facilities at the CFN, a DOE Nanoscale Science Research Center. The SST-2 beamline at NSLS-II is operated by the National Institute of Standards and Technology.