Mapping Urban Heat From the Ground Up 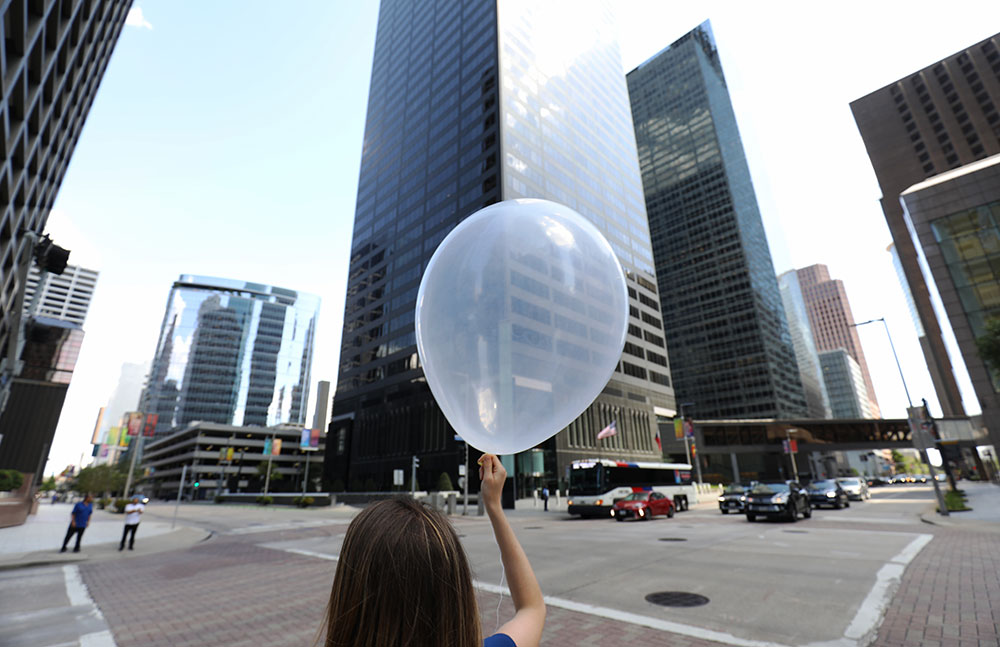 Just one year ago, scientists at the U.S. Department of Energy’s (DOE) Brookhaven National Laboratory assembled a unique mobile observatory for surveying the climate in urban environments. The completely off-the-grid platform maintained by Brookhaven’s Center for Multiscale Applied Sensing (CMAS) employs a suite of instruments to measure atmospheric conditions at fixed locations in individual neighborhoods or while moving across entire cities.

Now, researchers have taken the mobile observatory on a 1,700-mile journey from Upton, NY to Houston, TX, where they measured air temperature and relative humidity using a new observational technique. Their work could help improve climate prediction models and address infrastructure and energy needs across the nation. 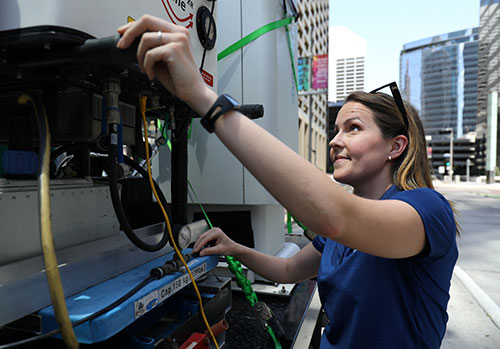 “This new research is rooted in the ideology of environmental equity,” said Katia Lamer, director of operations at CMAS and scientist at Brookhaven Lab. “There is a need to go beyond studying the climate in one place for an extended period. We want to study the climate in different neighborhoods in order to serve the needs of all communities, which might be very different based on the types of buildings they have, the availability of parks, and other heat mitigation infrastructure.”

Following the mobile observatory’s successful first deployment in Manhattan, where Lamer and colleagues measured surface temperature and wind patterns to investigate the impact of solar heating on airflow around skyscrapers, the team sought to collect new data on the horizontal and vertical variability of urban heat. Getting a city-wide “picture” of urban heat from the street-level to the top of buildings is a scientific challenge to begin with, but the task is further complicated by airspace regulations specific to cities.

“Typically, we launch giant weather balloons in open fields to measure temperature and humidity up to 24 miles in the sky. There isn’t sufficient space in cities for the giant balloons to rise without hitting obstacles, and they may rise through navigable airspace and disturb flight traffic,” Lamer said. “Instead, we tried to use miniaturized instruments that can be lifted by party balloons that don’t fly as high as weather balloons but fly high enough to capture data in the region of the atmosphere that impacts people the most.”

Lamer and Zackary Mages, a student from Stony Brook University, each trekked a different one-mile-long path from the suburbs through downtown Houston and, along the way, manually released 16 of those mini radiosonde balloons. As the balloons rose, they began transmitting climate data back to antennas installed on two mobile observatories, which slowly followed behind each of the researchers—stopping at times to sustain data reception, then resuming motion to maintain the balloon’s signal as the team continued walking. 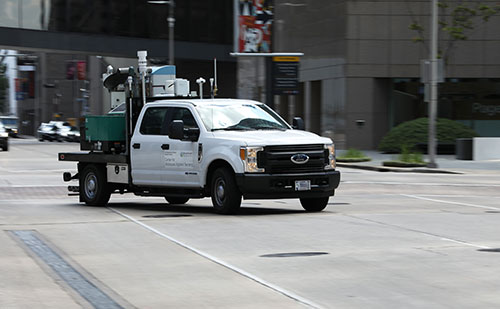 The Center for Multiscale Applied Sensing's mobile observatory employs a suite of instruments to measure atmospheric conditions at fixed locations in individual neighborhoods or while moving across entire cities. Photo courtesy of the U.S. Department of Energy Atmospheric Radiation Measurement (ARM) user facility.

The timing and distance between each balloon launch was a defining feature of this new observational technique.

“I wanted to collect measurements every 100 meters because that is less than the resolution limit of current regional climate models,” Lamer said. “If we can demonstrate that there is significant variability in the vertical distribution of temperature and humidity at those scales, then this would suggest that we should push to increase the resolution of our models to improve climate change projections.”

The new measurement approach enabled the team to map Houston’s urban heat island—a phenomena that is thought to be associated with a dome of hotter air centered around the densest development in a city—at an unprecedented scale.

“These experiments are not as easy as they seem, and that’s why they haven’t been done before. A lot of things need to go exactly right to make the research happen,” Lamer said. “You have to overcome many logistical challenges, such as getting the miniature radiosonde instruments to connect and remain connected to their receiver despite signal interference caused by obstacles and other signal sources in the city, and not to understate the challenge of managing 16 floating helium balloons and multiple strings at once.”

Pushing through, the team managed to collect data from 24 of the 32 balloons launched, a result they qualified as a great success.

The mobile observatory’s latest field campaign is a shining example of what can result from scientific innovation and passion. The team was originally deployed to Houston to support TRACER and ESCAPE, ongoing field campaigns in Houston aimed at studying deep convective clouds. But weather can be unpredictable and, when scientists descended on the typically stormy city of Houston, the storms fizzled out.

“When there wasn’t much convection in Houston, that’s when I had some free time and came up with this concept to measure the distribution of heat in the city,” Lamer said. “The students I brought with me were so energetic. They were my sounding board as we planned this experiment on the fly and their input and participation were most definitely critical.”

Beyond this city-scale study in Houston, the 1,700-mile drive from New York to Texas was also an opportunity for the mobile observatory to collect street-level climate data along the east coast of the U.S.

“The CMAS team converted one of the mobile observatory’s weather stations to solar power, so it was taking data in a clean way the whole three days we were driving down,” Lamer said. “We also mounted a new instrument on the truck that monitors air quality and gasses, which enabled us to collect new data on ozone concentration, particulate matter, and greenhouse gases in and out of several U.S. cities.”

Now back in New York after another successful field campaign that will pave the way for future observation-based urban microclimate studies, the team will undertake the analysis of these novel datasets and work towards shedding light on the scales of climate variability in cities.

Lamer gives an overview of the CMAS mobile observatory's work in Houston as part of the ESCAPE and TRACER field campaigns. Video courtesy of the U.S. Department of Energy Atmospheric Radiation Measurement (ARM) user facility.

This work was supported by the DOE Office of Science, the National Science Foundation and Brookhaven National Laboratory through Laboratory Directed Research Development and Program Development funding.