Scientists, collaborators, and leaders from Brookhaven Lab and DOE convened virtually to celebrate completing another year of impactful research while overcoming challenges along the way

The NSLS-II & CFN Joint Users’ Meeting, the annual gathering of scientists who conduct research at National Synchrotron Light Source II (NSLS-II) and the Center of Functional Nanomaterials (CFN), both U.S. Department of Energy (DOE) Office of Science User Facilities located at DOE’s Brookhaven National Laboratory, showcased the passion for science and persevering spirit that characterizes these facilities and those who work there.

More than 650 attendees from about 275 institutions worldwide tuned in to the virtual event to hear updates by Brookhaven and DOE leadership as well as to exchange ideas and foster collaborations. Held from May 23-26, the meeting included 13 workshops that took place around the main plenary session on May 24. The event was organized by Mercy Baez, the Conferences, Workshops, and Training Courses Coordinator for NSLS-II, and Grace Webster, the CFN User Program Administrator.

"It was fantastic to see this year's users' meeting so well attended," said Baez. "There was a high level of participation at the workshops, which was great to see. The NSLS-II and CFN user communities continue to grow and thrive."

Kicking off the morning plenary session, Brookhaven Lab Director Doon Gibbs welcomed attendees and provided an update on the goings-on at Brookhaven over the past year. He also discussed how the two user facilities have built robust, still-expanding remote-user programs amidst the ongoing COVID-19 pandemic. At NSLS-II, a full 65 percent of the approximately 1,000 users never came on site and conducted their experiments entirely remotely in 2021. Gibbs said that Brookhaven is eager to get users back on site, but also made it clear that the remote-user program is here to stay.

“The remote program will remain important going forward in terms of how we run both of these facilities,” he said. “We will continue to improve the data infrastructure to support this.”

The need to support remote users has ultimately enhanced the already expansive suite of research tools, techniques, and services that NSLS-II and CFN have to offer. This idea was a common thread among the talks given by the meeting’s plenary session speakers. 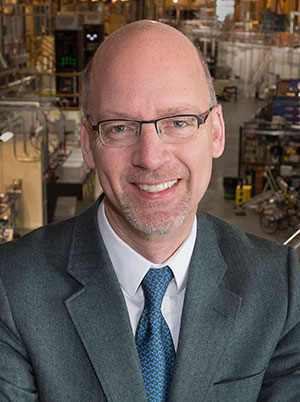 NSLS-II Director John Hill described a successful past year at the light source: a full slate of users across 28 fully operational beamlines, excellent reliability despite a power outage in December 2021 that resulted in a few days of downtime, and almost 50 percent of the resulting research papers published in high-impact journals.

“This is a wonderful testament to the quality of science we are carrying out with our users and demonstrates the impact we are having,” Hill said.

The vision for NSLS-II, he said, is to be an “extraordinary hub” for research for scientists all over the world. To get there, NSLS-II needs to build out its web of partnerships, expand its user base, continue to provide new research tools and techniques, and enhance its data resources. The 10-year strategy includes pushing the accelerator to its maximum design parameters, continuing to invest in the existing beamlines, improving the data infrastructure, and fully building out the beamline capacity of the facility.

He briefed attendees on the many upgrades that have taken place at NSLS-II over the past year, all designed with that goal in mind. These include improvements to the cryoplant and the start of high current studies at 500mA, which will ultimately double the brightness of the available light and enable even more exciting science results. Also on the horizon are the completion of the NSLS-II Experimental Tools II (NEXT-II) project and the High Energy Engineering X-ray Scattering (HEX) beamline.

Echoing Gibbs’ remarks, Hill acknowledged the importance of maintaining a remote-user program, but he also encouraged users to begin to come back for in-person research. He said this is particularly important for the early-career users, who haven’t yet had the chance to become familiar with NSLS-II instruments and techniques. For them, on-site experiments are essential for developing their skills and knowledge.

Still, he said, “This remote program is going to be part of our future.” 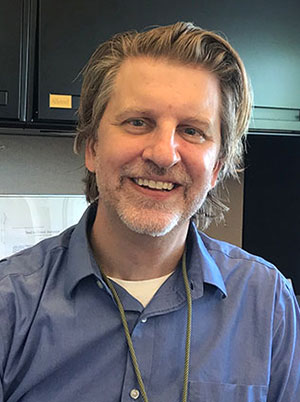 CFN Director Chuck Black also described an active and productive year. Like the speakers before him, he made it clear that the remote program put into place at CFN has become an integral part of the center’s offerings to users and continues to be expanded (about half of the 571 users in 2021 conducted experiments remotely). Some tools can now be used remotely or have always had a remote option, such as the computing cluster and certain microscopes, and other capabilities are being worked on, such as a remote data access option. Black encourages potential users to reach out to the CFN staff to discuss their research plans before submitting a proposal. They will help you determine the best approach to your experiment.

Black described some of the new tools and capabilities at CFN, including the addition of a Quantum Design DynaCool physical property measurement system (PPMS) that quickly cools samples to temperatures as low as 350 millikelvin without using any liquid helium cryogen and can apply a magnetic field up to 12 tesla; this system will eventually be fully remotely operable. Another exciting tool is the Quantum Material Press, or QPress, which enables the automated assembly of ultra-thin layered “heterostructures” for applications in emerging technologies.

But the bulk of his remarks took on an inspirational, introspective angle. He asked those watching to use this challenging time to ask themselves some important questions. After more than two years of the pandemic, how are we different than we were before? How has this experience reshaped our values? He urged users and staff to think about conducting their work with a renewed sense of purpose.

“Let’s resist the urge to push the world’s problems onto the next generation,” he said. “Let’s do work that matters.”

Following Black was DOE’s Associate Director of Science for Basic Energy Sciences (BES), Linda Horton, who provided her agency’s update. Horton reported that, across the 28 DOE Office of Science user facilities, there were about 5,000 fewer users in 2021 compared to previous non-pandemic years. Another big change was that 64 percent of those users were remote.

She introduced some new key initiatives, including the DOE Energy Earthshots Initiative, a program designed to support research that can achieve several energy goals, such as reducing the cost of energy storage via lithium-ion batteries by 90 percent within 10 years.

Horton also described the new Biopreparedness Research Virtual Environment (BRaVE). BRaVE was launched as a framework to rapidly activate, integrate, and coordinate the expertise and research capabilities of the entire DOE lab complex to address urgent research needs in an emerging crisis, such as another pandemic. BRaVE will focus on developing advanced endstations at DOE light sources and neutron facilities, including NSLS-II, as well as cryo-electron microscopy and other advanced imaging techniques.

Another topic she discussed is DOE’s efforts to engage with minority serving institutions and underrepresented groups to open new channels for minorities to access the funding and research opportunities offered by the DOE lab system. One of these channels is the Funding to Accelerate Inclusive Research program, which will support research into energy, climate, and related topics at minority serving institutions.

Looking forward to 2023 and beyond, DOE-BES will be paying special attention to a few key areas and initiatives, including BRaVE, artificial intelligence and machine learning, and quantum information science. Horton also introduced the new Accelerate Innovations in Emerging Technologies Initiative, which will support research to advance cutting-edge technologies in energy, the future of microelectronics, low-carbon manufacturing, and technologies that will help laboratory prototypes transition from the laboratory to the manufacturing level.

The afternoon session began with a talk by the outgoing chair of the CFN Users Executive Committee (UEC), Trishelle Copeland-Johnson, who gave an overview of the DOE Nanoscale Science Research Centers with a focus on one of these centers, the CFN. She was followed by Lightsources.org Project Manager Silvana Westbury, who provided an introduction to that website, which serves as a one-stop portal for information, science news, career opportunities, and events from all the light sources (synchrotrons and free electron lasers) worldwide.

A large part of the afternoon session was dedicated to announcing award winners. Stony Brook University scientist Paul Northrup, chair of the NSLS-II UEC, presented the two UEC Community Service Awards to NSLS-II beamline scientist Joe Dvorak and former NSLS-II administrator Eileen Morello. Then, Brookhaven Diversity, Equity, and Inclusion officer Abram Ledbetter announced the winners of the Gus Prince Award, named for Black nuclear scientist Augustus “Gus” Prince, who worked at Brookhaven from 1966 to 1993. The three winners are Marie Bozor of Boston University, Adam Lowery of the Virginia Institute of Technology, and Yves Kini of the University of Amsterdam.

Ed Sierra, of Brookhaven’s Quality Management Office, presented the Renate Chasman Award, which encourages women to pursue careers in the STEM fields and is named for Brookhaven physicist Renate Chasman. The two winners selected this year are Lynne LaRochelle-Richard of Northeastern University and Xiaoyang Liu of Stony Brook University.

Next, Brookhaven physicist Ben Ocko announced the 2022 winner of the Julian Baumert Ph.D. Thesis Award, which was established in memory of Julian David Baumert, a young Brookhaven physicist who worked on x-ray studies of soft-matter interfaces at NSLS. The award was given to Jiauye Wang of the Massachusetts Institute of Technology for his thesis, which focused on the study and mitigation of defects in materials. Wang then gave a talk on his thesis work. This year there were also two honorable mentions, which went to Aaron Michelson and Chonghang Zhao for thesis work done at Columbia University and Stony Brook University, respectively.

The afternoon session concluded with a talk by Northrup to update attendees on the developments that resulted from a workshop held at the 2021 users’ meeting, “Embracing Diversity in Science: A User Community Discussion.” That discussion identified several roadblocks to diversity in the science community, from economic reasons to geography to systemic barriers. Going forward, he said, steps that the NSLS-II user community can take include exposing and confronting prejudices and actively reaching out to potential future scientists.

This year’s users’ meeting included a wide range of specialized workshops. They were well attended, with some having as many as 250 participants. The workshop titles and organizers were: