A bright future of scientific innovation and U.S. economic security hinges in part on the advanced research conducted at the U.S. Department of Energy’s (DOE) major user facilities, according to congressional leaders. At a June 21 hearing of the House Science, Space, and Technology’s Subcommittee on Energy and Environment, politicians, scientists, and industry leaders expressed strong support for the past triumphs and great potential of these cutting-edge facilities.

Brookhaven National Laboratory is home to several of the nation’s top scientific facilities, hosting thousands of researchers dedicated to driving discoveries in fields including energy, bioscience, and physics. 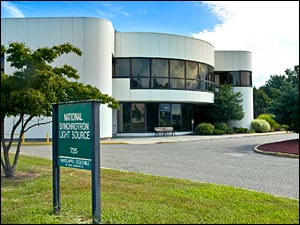 “Brookhaven Lab facilities offer unique capabilities that attract leading scientists from all over the world,” said Doon Gibbs, Deputy Director for Science and Technology at the Lab. “I am proud to see that these members of Congress and industry recognize the crucial roles we play in energy innovation and fundamental scientific exploration. We are grateful for their support, and I look forward to a future filled with many more advances.” 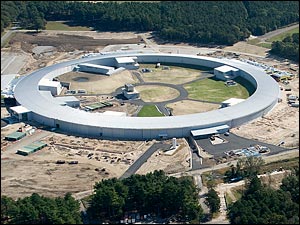 “These experiments provided unprecedented insight into the basic battery chemistry, which supported further developments that helped us ready this technology for the marketplace,” Hall said. “They provided us with much greater capabilities – for example, higher energy, higher resolution, and higher throughput – for understanding materials and systems than instrumentation in our own research laboratories.”

Hall added that Brookhaven’s forthcoming National Synchrotron Light Source II (NSLS-II), which will begin operating in 2015 and provide an even higher caliber of experimental insight, represents DOE’s positive commitment to investing in the future of its facilities – a fact also noted by Congressional representatives.

“At user facilities, federal funds support more efficient cars and trucks; more effective drugs; lighter and stronger metals; cheaper and more durable batteries; cleaner power plants; reduced reliance on foreign energy; a clearer picture of our changing climate; and even a better understanding of the origins of the universe and the nature of space and time,” said U.S. Rep. Brad Miller (D-NC). 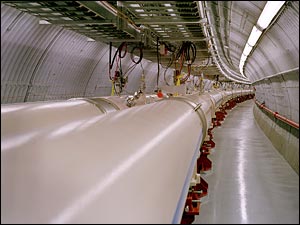 Brookhaven’s Relativistic Heavy Ion Collider (RHIC) is one of the nation’s leading user facilities charged with exploring the great questions about fundamental physics and the dawn of time. RHIC made surprising discoveries in its first decade of operation, and it is poised for another 10 years of groundbreaking studies into the behavior of the subatomic particles that bind all visible matter in the universe.

“Heavy ion collision experiments at these facilities have recently produced a liquid of strongly interacting quarks and gluons with a temperature 250,000 times hotter than the center of the sun,” said Antonio Lanzirotti, chairman of the National User Facility Organization. “Such discoveries have given us a surprising idea of what the universe was like just after the Big Bang some 14 billion years ago – a nearly perfect liquid with practically no viscosity, or resistance to flow.”

The National User Facility Organization, which represents approximately 60,000 users at 46 scientific user facilities across the U.S. including at Brookhaven Lab, conducted a user science exhibition for the House and Senate in March and was subsequently was invited to testify before the committee. 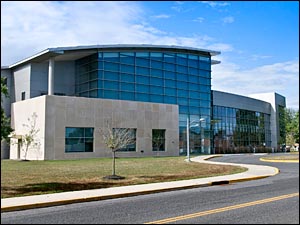 Another of Brookhaven’s user facilities, the Center for Functional Nanomaterials (CFN), provides state-of-the-art capabilities in fabricating and studying nanoscale materials. The atomic-level experimentation conducted at CFN is dedicated primarily to developing and understanding technologies that enhance U.S. energy security, including fuel cell catalysts and new forms of energy storage.

The DOE Office of Science supports 31 user facilities, with an expected 26,500 academic, national laboratory, industrial, and international researchers in fiscal year 2013. Several other national laboratories were mentioned for their successful industrial collaborations and prominent role driving the kinds of discoveries and innovations that create jobs and keep the U.S. at the forefront of both the pure and applied sciences.