All LBMS proposals are scored on a scale of 1 to 5 in increments of 0.1, with 1.0 being the best. Microscope time is allocated based on the PRP's score compared to all other proposals for a given microscope in a given cycle. Proposals receiving a rating of 4.0 or greater are automatically expired and no time request may be submitted for that proposal in a future cycle. A score of 5.0 is used only for incomplete proposals. LBMS proposal scores are normalized to a mean of 2.5 with a standard deviation of 0.5. This is done in order to keep proposal scores meaningful, i.e. by maintaining a broad score distribution.

In general, the following descriptions serve as guidelines to the ratings.

The highest rated proposals are highly innovative with revolutionary or transformative societal impact or scientific importance. The proposed research will significantly advance knowledge in a specific scientific discipline or address critical open questions in a particular field. The potential for publication in a leading scientific journal is very high, and the capabilities of the LBMS are critical for the success of the proposed work. Generally, these proposals have very well-developed experiment plans that address all phases of a successful experiment such as pre-measurement preparations, data collection methods, data analysis, additional ancillary measurements, and theoretical calculations.

These excellent proposals represent high-quality, cutting-edge research that has significant societal or scientific impact. The proposed research has potential for making an important contribution to a specific field or scientific discipline. The work is likely to be published in a leading scientific journal, and the capabilities characteristics of the LBMS are important to the success of the proposed work. These proposals typically have well-developed experiment plans that address the important phases of a successful experiment.

These proposals represent good, near-cutting-edge research that has direct societal or scientific importance. The research goals have potential for making notable contributions to a specific field or scientific discipline. The work is likely to be published in a respected scientific journal, and the capabilities characteristics of the LBMS would benefit the proposed work. The experiment plan is sufficiently well developed to assure a successful result.

These proposals represent interesting research that may or may not have direct societal or scientific importance. The research goals might influence a specific field or scientific discipline. The work might be published in a scientific journal, but the capabilities characteristics of the LBMS might not be required to accomplish the research goals. The experiment plan may be lacking sufficient details to assure a successful result.

These proposals are incomplete in some way. For example, cryo-EM might not be required to accomplish the research goals and/or the experiment plan is missing key elements to assure a successful result.

If a proposal did not receive microscope time previously, the score of the proposal is “aged” by 0.21 points during the allocation process. The proposal will remain aged until it either (1) receives time, or (2) expires. Once an aged proposal is allocated time, aging no longer applies for the remainder of the proposal’s lifetime. A proposal cannot be aged more than once. Please note: Aging does not represent a new proposal score; rather, it is a process to accommodate proposals that fall near the allocation cutoff score. Hence, the score reported in a proposal’s Summary tab in PASS will not change even when aging is applied at allocation. 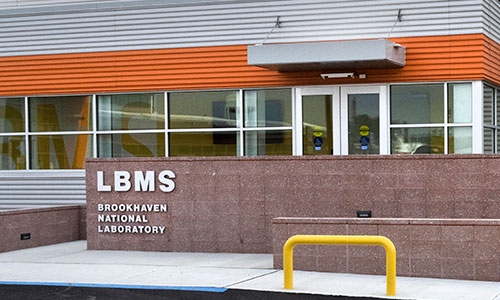