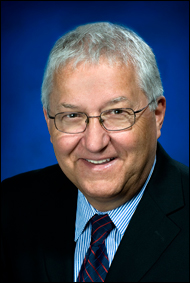 With 210 employees and an annual budget of $61 million, Brookhaven Lab’s Environment and Life Sciences Directorate encompasses the Medical Department, Biology Department, and Environmental Sciences Department, with research focusing on bioscience and technology, climate science, and computational science. The research in these areas ranges from basic studies to understand DNA mechanisms and to quantify the extent of climate change, to such applied work as engineering enzymes for the production of biofuels and using tracer technology to detect air pollutants for environmental or national security purposes.

Researchers in the Directorate have access to world-class facilities at the Laboratory, including the Center for Functional Nanomaterials (CFN), the National Synchrotron Light Source (NSLS) and, in the future, they will have access to the NSLS-II. Scientists at the CFN fabricate and study nanomaterials — materials on the scale of a billionth of a meter — with an emphasis on atomic-level tailoring to achieve desired properties and functions. At the NSLS, researchers use infrared light, ultraviolet light, and x-rays to study materials as diverse as computer chips and viruses at the atomic level. Now under construction and due to be completed in 2015, the NSLS-II will produce x-rays 10,000 brighter than those at the NSLS for advanced studies in numerous scientific areas.

“I am honored to have the opportunity to work with the outstanding researchers at Brookhaven Lab,” Mann said. “The challenges we’re facing as a nation and, indeed, around the world clearly call for radically new approaches that cross traditional science and engineering disciplines, and for taking advantage of new capabilities enabled by computing and computational science. Brookhaven is an exciting place to do this kind of research and to translate research results into beneficial applications as rapidly as possible.”

Mann earned an M.S. in mathematics in 1977 and a Ph.D. in biophysics in 1980, both from Johannes Gutenberg University in Mainz, Germany. After briefly working as a research staff member at the Fraunhofer Institute for Information and Data Processing in Karlsruhe, Germany, he came to the U.S. as a visiting scientist at DOE’s Oak Ridge National Laboratory (ORNL) in 1981. He held various scientific and management positions at ORNL, mainly in computer science and advanced engineering, until he became Director of ORNL’s Life Sciences Division in 1997.

In 2008, Mann became Senior Vice President for Research and Development at Battelle Science and Technology Malaysia in Kuala Lumpur, Malaysia, where he was a member of a start-up team that developed the concept and plans for a national renewable energy laboratory as a joint venture between Battelle Memorial Institute and Petronas, the Malaysian-owned international oil and gas company. Also from 2007 to 2008, Mann served as Chair of the Board of Directors for DOE’s Bioenergy Science Center.

Mann’s research has been focused on the intersection of the physical and computational sciences with life and environmental sciences. He has led multidisciplinary research and development (R&D) teams since 1986 and developed R&D programs in intelligent robotics, human-machine interactions, advanced information processing, computational biology, bioinformatics, systems biology, and bioenergy. He has been recognized with numerous awards during his career, including ORNL’s Leader of the Year Award in 1999, and, with Edward Uberbacher and Richard Mural, an R&D 100 Award from Research and Development Magazine in 1992 for the GRAIL DNA Pattern Recognition System.