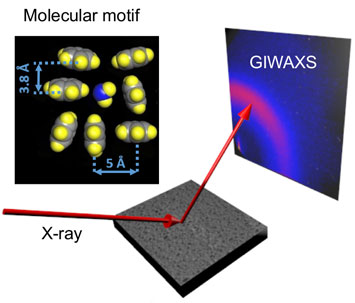 RO is the leading method of converting seawater into potable water, and it is used to make about 25,000 million gallons of fresh water a day, globally, according to the International Water Association. Therefore, understanding the polymer structure of membranes and its correlation with filtration properties will aid in the development of more efficient membranes.

For the first time, researchers have revealed the molecular structure of membranes used in reverse osmosis. Reverse osmosis is the leading method of converting brackish water or seawater into drinking water.

Despite its technological and scientific importance, the molecular structure of the porous polymer materials that are incorporated in to the barrier layer used in reverse osmosis membranes was not previously known. For these measurements, the team made well-defined polyamide barrier layers at the oil/water interface using a method called interfacial polymerization, a process similar to the industrial process used for creating the barrier layers in commercial membranes.

The scientists measured the thickness of the membranes by using x-ray reflectivity studies at the Center for Functional Nanomaterials (CFN), a U.S. Department of Energy (DOE) Office of Science User Facility located at DOE’s Brookhaven National Laboratory. To resolve the molecular structure of the membranes, the team studied the scattering patterns of x-rays using a technique called grazing-incidence wide-angle x-ray scattering (GIWAXS) at the Complex Materials Scattering (CMS) beamline and the Soft Matter Interfaces (SMI) beamline. Both beamlines are part of the beamline suite available at the National Synchrotron Light Source II (NSLS-II), another DOE Office of Science User Facility located at Brookhaven Lab.

The scientists’ findings also showed that the molecular structure exhibits a preferential orientation with respect to the membrane surface.

The Stony Brook team was supported by the Polymers Program, Division of Materials Research of the National Science Foundation (DMR-1808690). Work carried out at the Complex Materials Scattering (CMS/11- BM) and Soft Matter Interfaces (SMI/12ID) beamlines at the National Synchrotron Light Source II, and the Center for Functional Nanomaterials, is supported by the U.S. DOE Office of Science Facilities, at Brookhaven National Laboratory under Contract DE- SC0012704.