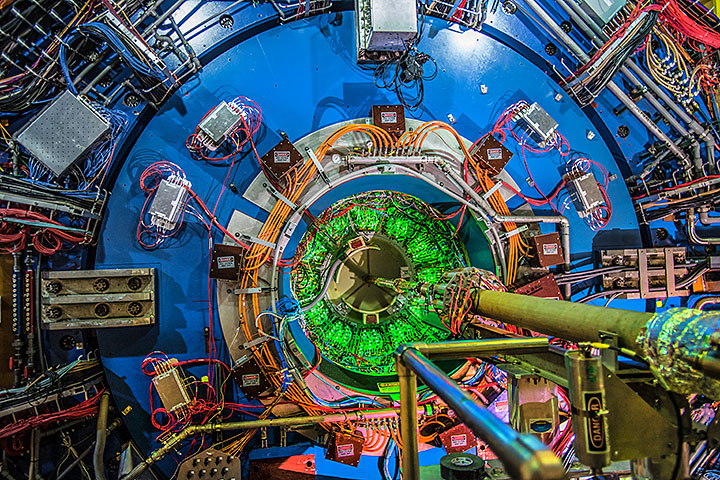 The STAR detector at the Relativistic Heavy Ion Collider (RHIC).

UPTON, NY—The 20th year of particle collisions is underway at the Relativistic Heavy Ion Collider (RHIC), a U.S. Department of Energy Office of Science user facility for nuclear physics research at Brookhaven National Laboratory. The particle smashups will continue over a range of collision energies through the first half of 2020, with members of RHIC’s STAR collaboration collecting data from millions of collisions that take place at the center of their house-sized particle detector.

The main goal of this RHIC run is to explore details of how the hot, dense soup of particles that existed just after the Big Bang—known as quark-gluon plasma—transitioned into the protons and neutrons that make up the bulk of visible matter in today’s world. 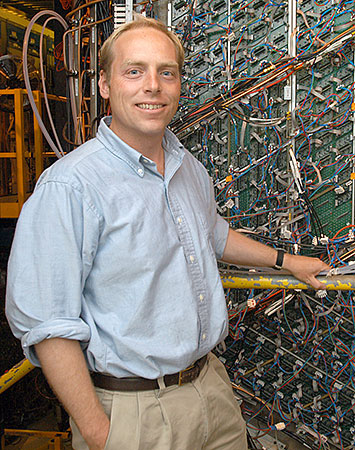 “This will be the second in a three-year campaign to scan the phase diagram of hot matter governed by quantum chromodynamics (QCD), the theory that describes the interactions of quarks and gluons,” said Jamie Dunlop, Associate Chair for Nuclear Physics in Brookhaven Lab’s Physics Department. The range of collision energies over the three years will allow nuclear physicists to search for telltale signs of what’s called a critical point—a change in the way the transition from quarks and gluons to ordinary matter takes place.

“Since RHIC collides only matter (gold on gold nuclei, and not gold on ‘anti-gold’ nuclei), at lower and lower beam energies the ‘little bangs’ we create in the collider are seeded with more and more matter than antimatter,” Dunlop said. “Past a certain point, this seeding is expected to change the nature of the phase transition between the quark-gluon plasma and normal matter from a smooth, continuous crossover (with no pause at a particular ‘temperature’ while the transition takes place), to a first-order phase transition (like steam to water, in which both phases coexist at 100 degrees Celsius until every molecule has condensed). By reducing the energy, we are searching for the point at which this change happens—the critical point.”

“Last year, we ran the machine at 19.6 billion electron volts (GeV) and 14.6 GeV in two run sequences,” Fischer said. “This year we will run at 11.5 GeV and 9.1 GeV. That’s lower than the energy at which beams are normally injected into RHIC, and the machine was not really built for this regime, which will make operations quite challenging.”

The most difficult challenge is that the tightly bunched ions tend to heat up and spread out as they circulate around RHIC’s 2.4-mile-circumference accelerator rings.

“If the particles spread out, the likelihood of collisions diminishes,” Fischer said. 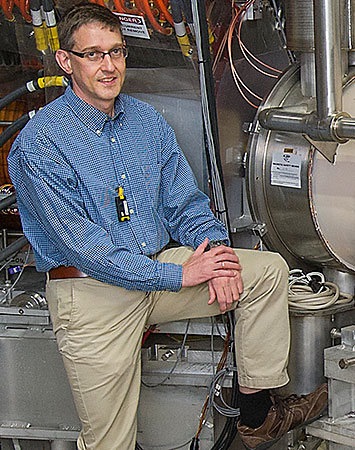 Fortunately, last year, RHIC physicists successfully implemented a new component of the accelerator designed to cool the low-energy beams to maximize collision rates at these energies. This system brings accelerated “cool” electrons into a section of each RHIC ring to extract heat from the circulating ions.

“This is somewhat similar to the way the liquid running through your home refrigerator extracts heat to keep your food cool,” Fischer said. “But the technology needed to achieve this beam cooling is quite a bit more complicated. It required a number of ‘world’s first’ advances, which our team achieved in last year’s demonstration.”

“The second half of RHIC Run 20, in particular, depends on this cooling process, because that’s when the lowest-energy collisions will take place,” Fischer said. “Using low energy cooling will be another accomplishment that showcases the versatility of RHIC, a machine that has accomplished so much beyond the capabilities for which it was initially designed.”

Said Dunlop, “We’re really looking forward to compiling the data from the three years of Beam Energy Scan II to greatly enhance our understanding of the phases of nuclear matter.” 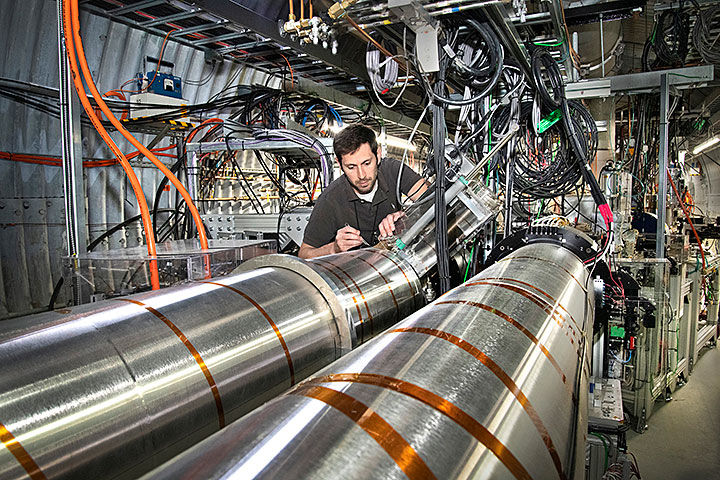