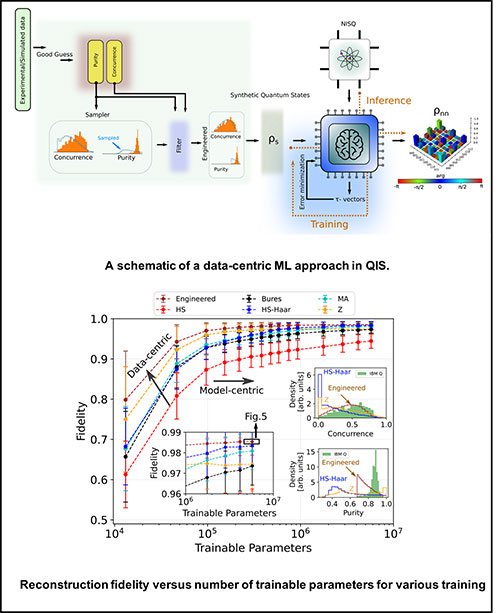 Work was performed at University of Illinois Chicago (UIC), IL

We propose a series of data-centric heuristics for improving the performance of machine learning systems when applied to problems in quantum information science. In particular, we consider how systematic engineering of training sets can significantly enhance the accuracy of pre-trained neural networks used for quantum state reconstruction without altering the underlying architecture. 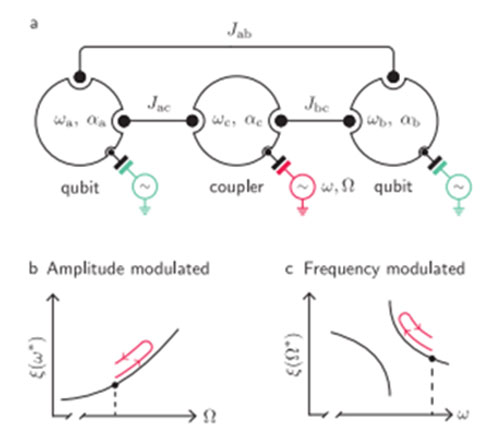 FIG a:schematic of the two-qubit-coupler architecture. Each circuit mode is represented by a Kerr-nonlinear oscillator (KNO) of frequency ωµ and anharmonicity αµ, with µ = a, b for the qubits and µ = c for the coupler. Jµν represents the coupling between modes µ and ν. T

We introduce a circuit-QED architecture combining fixed-frequency qubits and microwave-driven couplers analyzed in a driven frame. 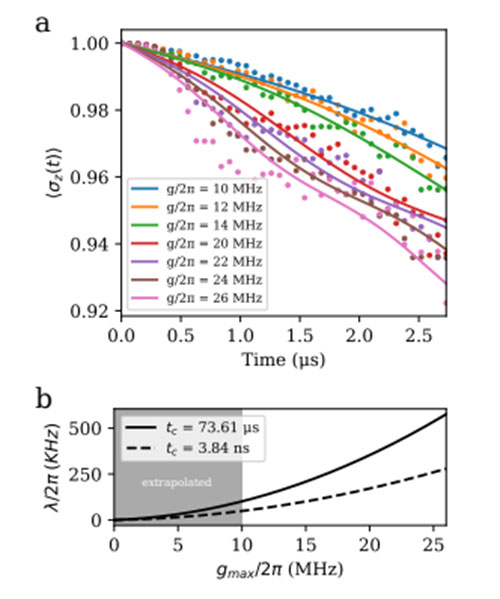 FIG.: Extracting the scaling of telegraph noise amplitude. a) Experimental data (dots) vs fit model (lines) for n = 1 CPMG sequences at various values of gmax. The fit value of Tφ is approximately 90 µs, which is a reasonable result for this device. b ) The extracted noise amplitude λ(g) for the two fluctuators. Note that the same function χΦ was used for both fluctuators; the g-noise amplitudes were only allowed to differ by an overall scale.

In our superconducting system comprised of Transmon qubits with tunable couplers, we observe noise that is consistent with flux fluctuations in the coupler that simultaneously affects both qubits and induces noise in their entangling parameter.

The effect of this noise on the qubits is very different from the well-studied single-qubit dephasing. Additionally, steps are observed in the decoupled signals, implying the presence of non-Gaussian noise. 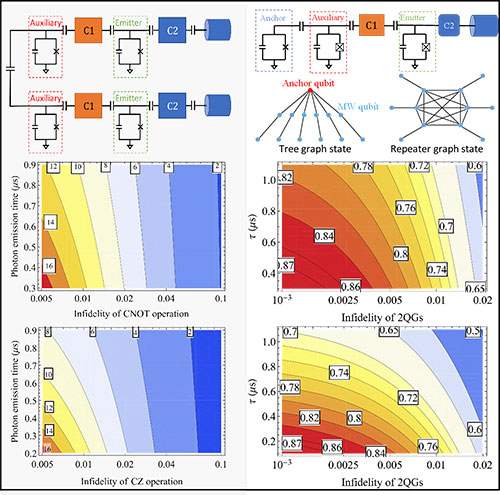 We developed a protocol for the generation of microwave resource states. These are entangled ‘graph states’ that can be emitted from superconducting circuits. We calculated the fidelity of the resulting states assuming current experimental parameters and identified the main factors that limit the performance. This work serves as a blueprint for experiments.

Microwave graph states are significant for robust quantum communication between superconducting quantum processors in a distributed architecture. The encodings we consider protect against loss. 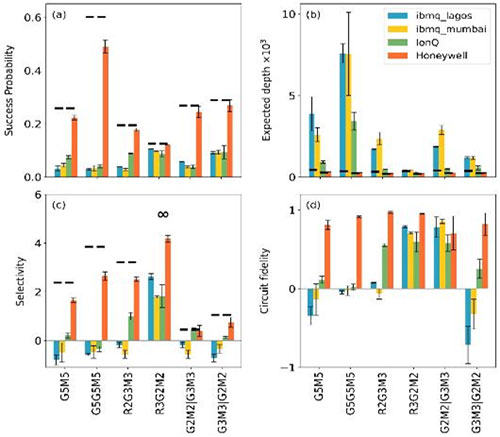 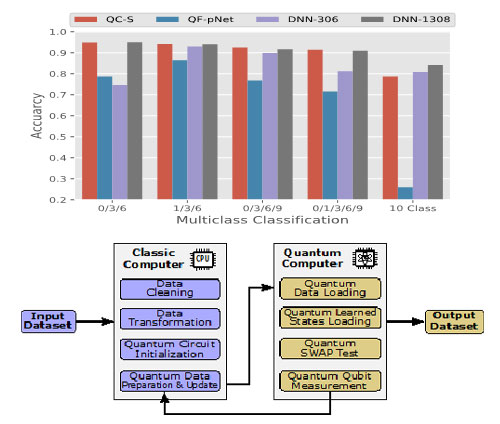