Block copolymers are valuable templates for nanomaterials synthesis, but their use has been limited by the organometallic precursors that can bind to them. Photo-chemical modification of a common block copolymer has enhanced its affinity for metals and extended the technique to include more metal oxides of importance for energy applications. 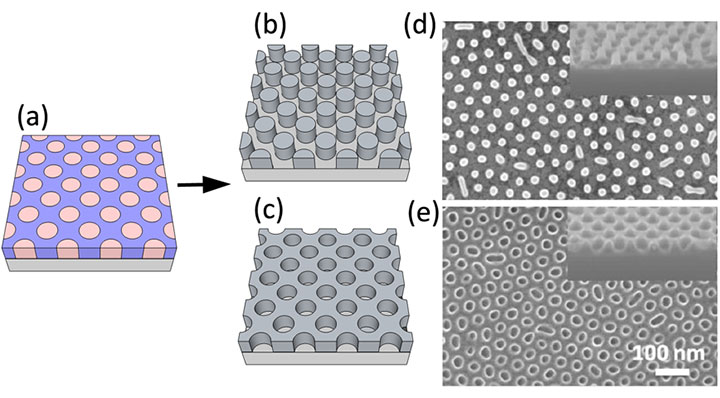 This research is supported by the U.S. Department of Energy, Basic Energy Sciences, at the Center for Functional Nanomaterials (J.K., D.N., R.B.G., C.-Y.N., and C.T.B.) and the Materials Sciences and Engineering Division (D.S.G.) (Contract No. DE AC02 98CH10886). This work was partially supported by the Energy Laboratory Research and Development Initiative at Brookhaven National Laboratory.